Money attraction symbols have existed and been used since ancient times.

This article will detail the various forms of money attraction symbols as well as how to use these symbols and how to create sacred symbols of your own to attract money.

Firstly, let us contemplate the concept of symbols.

Symbols can be viewed as a visual technology that can open and engage our minds.

Symbols stimulate our imagination; they are a visual and energetic form of communication which can engage both the left and right brain.

They can appeal to and synthesize both the creative and rational mind, we can observe the logic represented in a symbols structure as well as the underlying energies or messages.

Symbols can hold the energy of universal truths and patterns, they each have conventional meanings and they can also be open to personal interpretation.

There are a variety of different types of symbols that can be used to attract money.

Some examples of symbols are ancient symbols, religious symbols, reiki symbols and personalized or alchemical symbols.

We will explore some of the specific money attraction symbols more in-depth below. 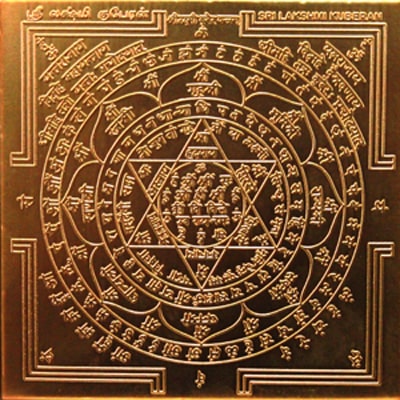 The Kubera Yantra is an ancient religious symbol which originates from one of the oldest religions, Hinduism.

Visually a yantra is a geometric artwork which is used in meditation as an energetic tool.

The Kubera yantra is specifically worshipped to attract wealth.

Concentration and intentional meditation on this yantra is believed to elevate one’s state of consciousness as well as bring about an increase in abundance. 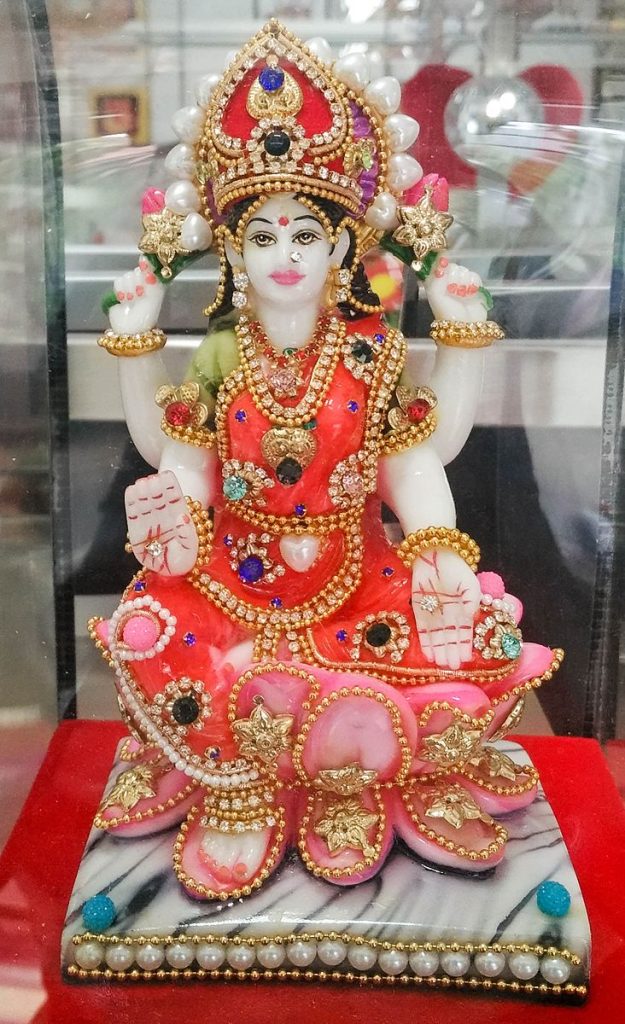 Lakshmi is a Hindu goddess who is an icon and religious symbol of abundance.

Her energy is of great benefit to anyone wanting to attract and allow prosperity into their life.

She is depicted regally seated on a lotus flower with gold coins flowing from her hand. She is worshipped through the recitation of specific mantras (sacred sounds and words).

She can be visited through meditation for assistance. She can be revered and her energy can be invited into your life through beautiful statues or artworks that depict her.

Her presence is symbolized by images of a lotus, coins, holy basil plant and she can also be represented through a yantra. 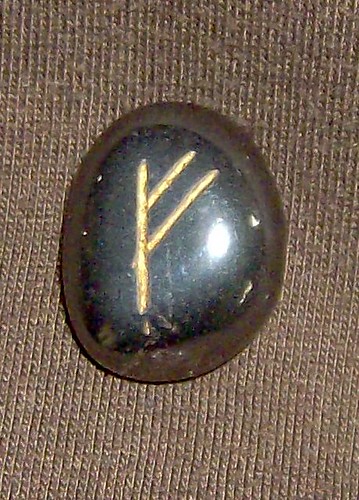 Runes are a part of the Celtic alphabet that is commonly used in divination as an oracle.

They can also be used as amulets to perform energy magic.

Runes are ancient forms of symbolism.

The Fehu rune is the rune of possessions; it is used for achieving ones goals, finding a job, promotion and gaining money.

It can be engraved onto jewelry and worn to harness its money attraction power. 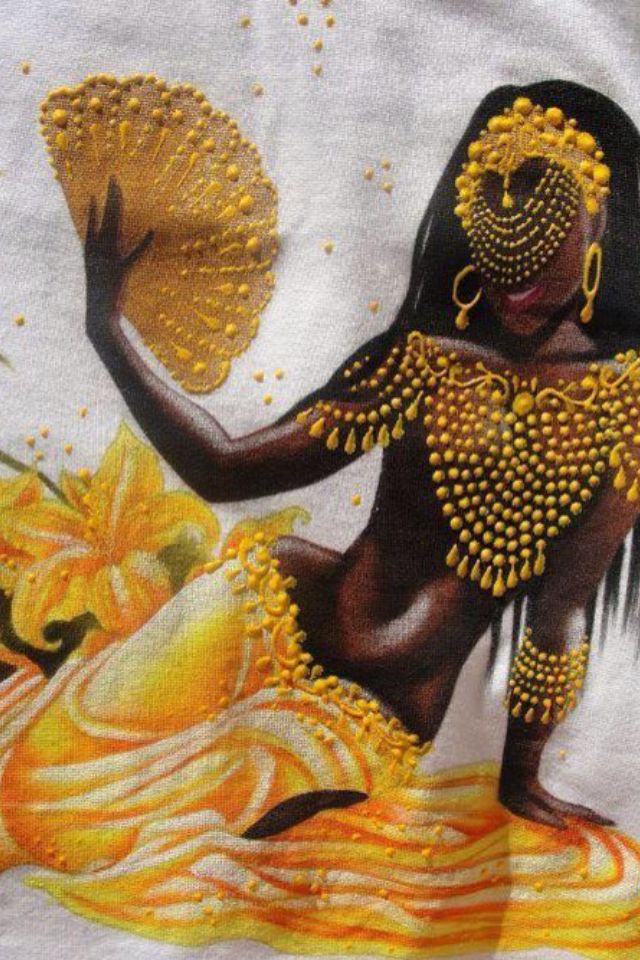 Oshun is an Orisha (deity) of the Yoruba people of Nigeria.

She is a religious and cultural symbol of a river goddess who is strongly linked to the attraction of money.

Her symbols include sunflowers, seashells, and amber. She can be honored through offerings of flowers, honey, or oranges as well as through meditation and creation of artworks that are infused with her energy. 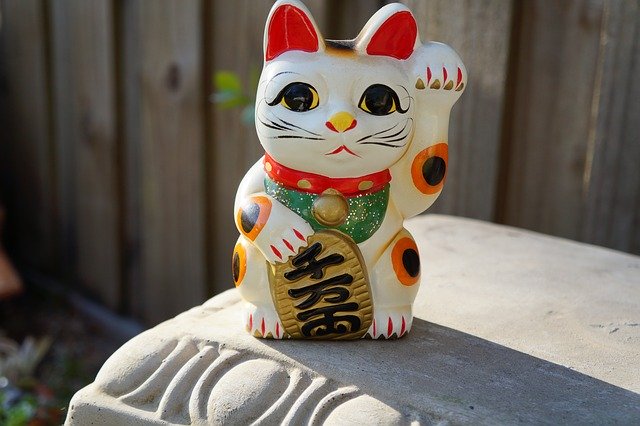 Maneki Neko is a Japanese talisman of money luck. Usually in the form of a statue of a cat with a raised paw.

The raised paw of this cat is beckoning good fortune into your life. Y

ou can utilize this beckoning cat symbol to attract money by placing a statue or image of it in your home or business. 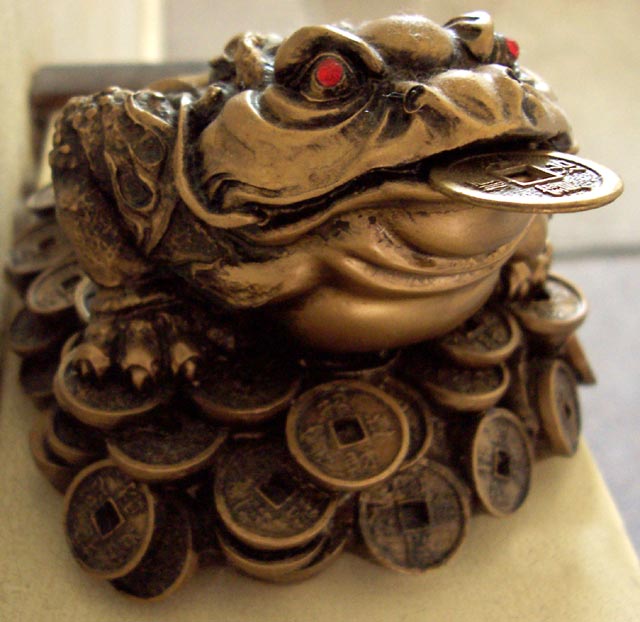 Chan Chu, meaning money frog, is a Chinese money attraction symbol which is part of the practice of Feng Shui (a set of principles used to harmonize energy in living and workspaces).

It is represented as a 3 legged frog or toad with a coin in its mouth and sitting on a pile of coins.

This lucky money toad’s attraction energy can be utilized by placing a statue of Chan Chu outside of your home or business. 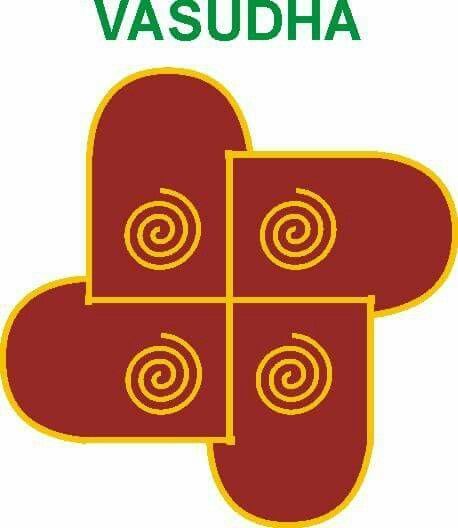 Vasudha is a reiki symbol for attracting money.

Reiki is a powerful energy healing modality which can be used to tune mind, body and spirit through the balancing of the energy centers, various energetic symbols are used in reiki practice for different purposes.

The Vasudha is visually depicted in the colors of red and yellow, it is an extension of the swastika symbol.

The swastika is the central part of the symbol, each of the sections created are enclosed with a curved line and there is a small spiral present in each of the 4 sections.

This symbol can be used in meditation, energy healing and displayed as an activational artwork to attract money. 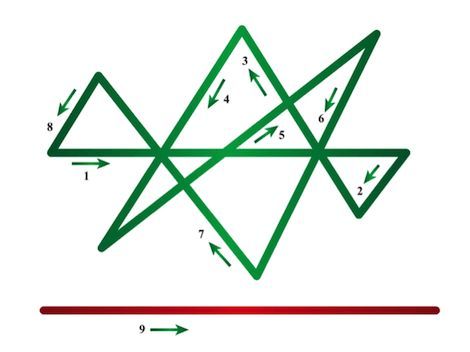 The Midas star is a reiki symbol for prosperity and constant abundant cash flow.

It is represented as an abstracted green star with a red line underneath it.

The energy of the Midas star can be utilized through drawing or visualization.

It can be drawn onto a money note, a cheque, on a piece of paper kept in your wallet or within any dedicated place that you keep money. 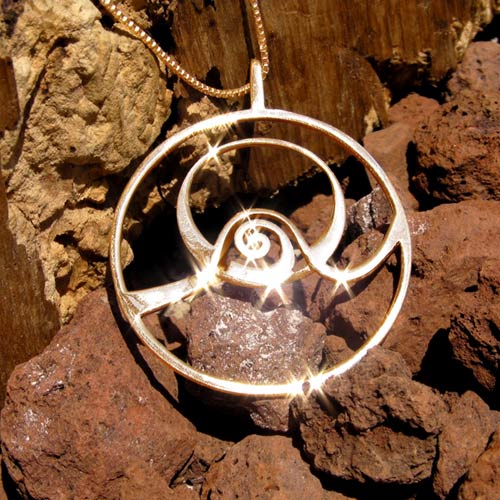 Shefa is a word in Hebrew that means abundance; it is represented by a symbol that can be used to attract money.

The Shefa symbol is often used in jewelry, visually is it a circle within a circle with a spiral at the center.

It is associated with Archangel Metatron and believed to provide endless abundance to those who attune to the energy of Shefa. 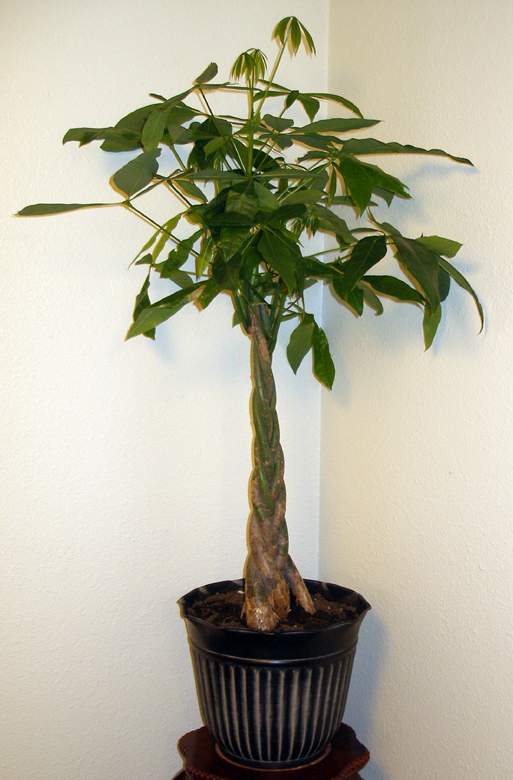 Trees and plants are symbols of abundance as they reflect the abundant energy of nature, the constant and generous flow that we can observe in the life of plants.

In the Feng Shui principles, it is suggested to place a money tree in the home, in the furthest left corner from the door.

In Feng Shui, a specific species of tree is used (Pachira Aquatica sp.).

Through making use of clear intention setting you can use any plant or tree that resonates with you, watch it grow and thrive as a symbol to welcome money into your life.

You could also work with a sculpture of a tree or an artwork to tune into the nature energy.

It is often depicted in native Inuit art.

The native people would hold ceremonies to honor the salmon which represents abundance in the form of sustenance.

You can appreciate the native artworks of the salmon or create images to work with this energy as you feel drawn to.

As you have read in this article so far, there are a variety of symbols you can use to attract money.

Ultimately anything that you can use as a reminder of your intention can become a symbol, something which is a representation of concepts and energy greater than the object itself.

Utilizing symbolism in your environment can assist with keeping your energy focused on the things you wish to experience and create.

A fun example of a personal symbol that you can create is a sigil:

A sigil is a symbolic representation that holds your desired outcome and can be used in energy magic.

The origin of using sigil symbols is from the Pagan or Wiccan traditions.

The most powerful way to use a sigil to attract money is to create a personalized symbol. It is a simple and interesting process.

You can create a sigil through the following steps:

You can meditate on your sigil, create art or jewelry using it, or simply hold it in your awareness when needed.

Now that you know more about the various symbols that can be used to attract money, you can intuitively decide which symbol to attune to.

Your instinct is of great value in this process as these symbols transmit messages that are beyond words.

The first step to attune to a symbol is to acknowledge that each symbol holds an energy frequency.

Many of the ancient symbols have been coded with the intentions of years of reverence, belief, practice, and stories.

You will naturally feel the benefits of the energy a symbol holds once you attune to it over time.

You also attune more deeply through your own experiences and personal relationship with the energy of the symbol.

Understanding that through time and practice your attunement to the symbol on all levels will upgrade your life and attract the wealth you desire.

Attune mentally by conceptualizing and deeply researching the significance and origins of your resonant symbols.

You can energetically attune to an existing symbol or your created symbol through ritual and meditation.

In order to connect deeply with a symbol, you can set an intention when you decide which symbol or symbols you want to use.

You can acknowledge the energy of the symbol and set an intention that you wish to attune to the energy and experience the benefit of attracting money into your life guided by this symbolic energy.

Or the intention that every time you see the visual representation of the symbol your mind and spirit is completely open to being upgraded to the vibration of abundance.

You can be as creative and intuitive as you wish to make your intentions clear and powerful.

Ways To Use Symbols In Your Daily Life To Attract Money

Enjoy the process of connecting with the energy of these symbols and attracting the abundance you truly deserve! 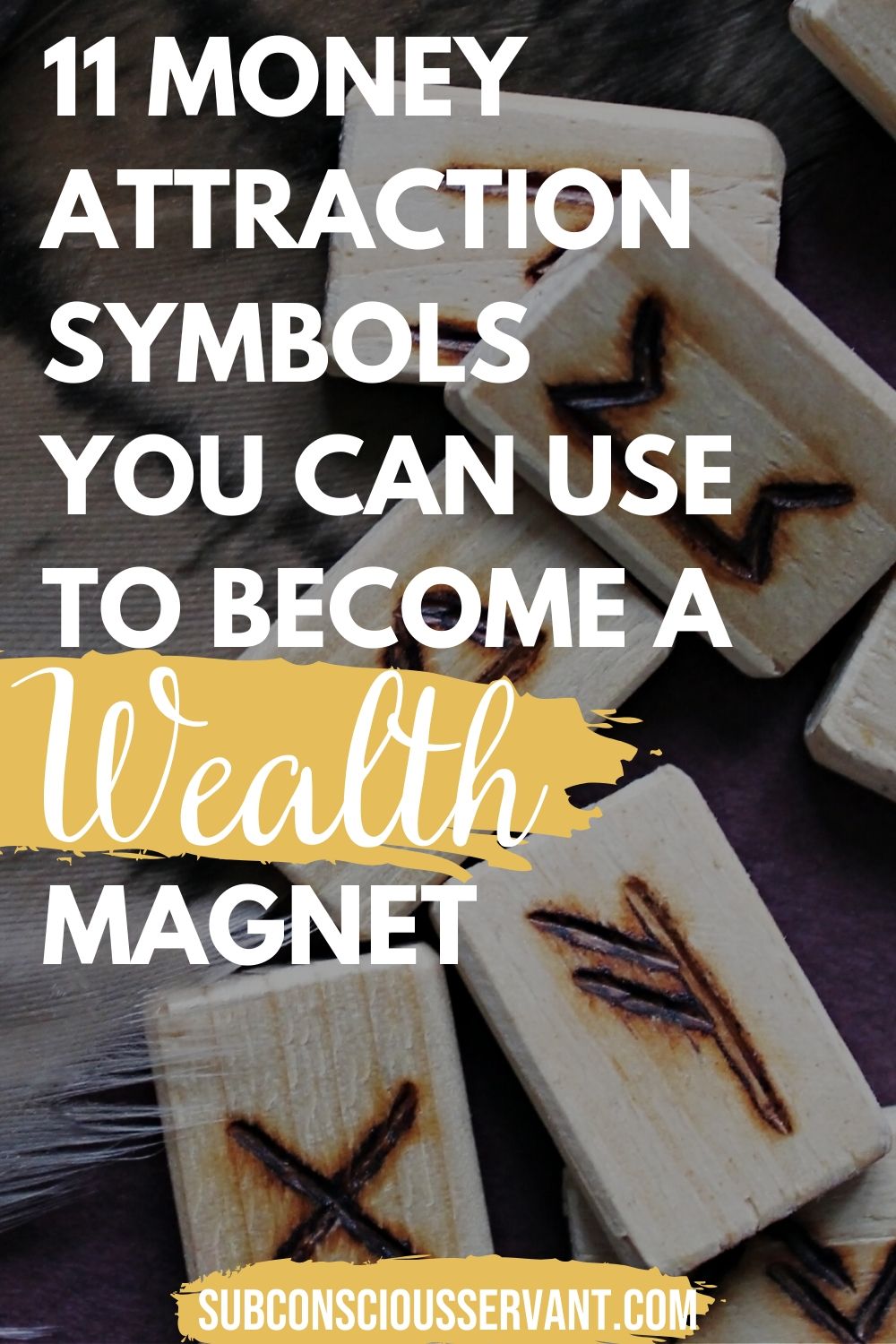 How To Manifest Money On A Full Moon

How To Manifest Money With Scripting

How To Use The Power Herbs To Attract...

How To Use Citrine To Attract Money –...

5 Colors That Attract Money Into Your Life...