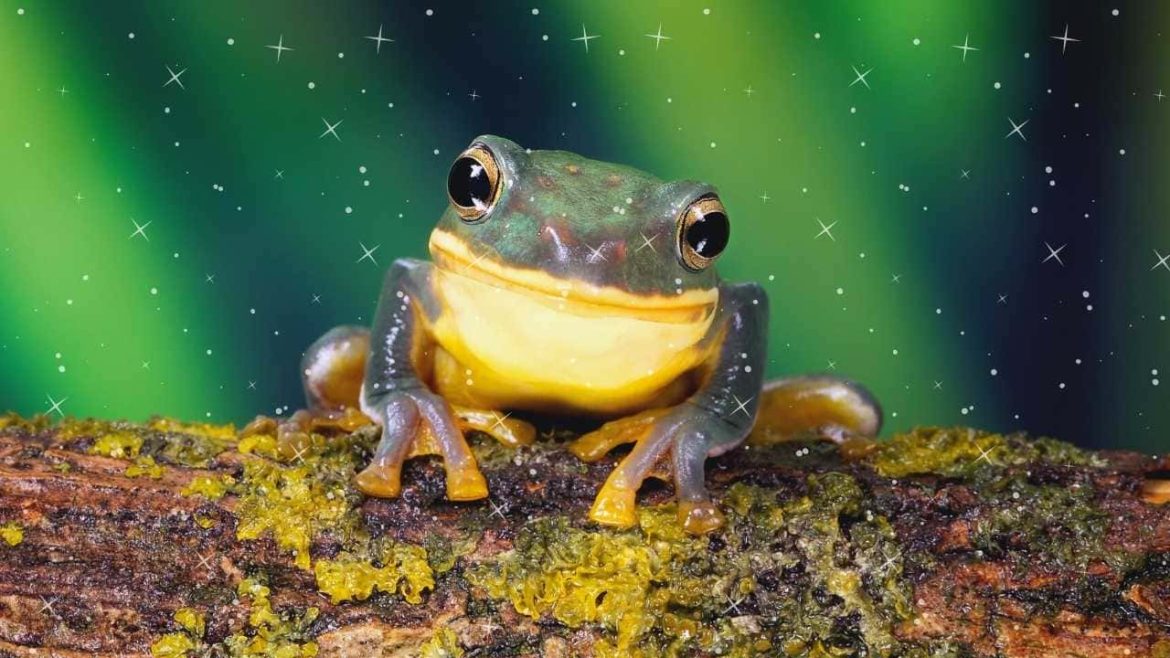 Frogs have been here for the longest time on Earth.

But, are you aware that frogs also have spiritual meanings?

When it comes to the spiritual meanings of a frog, it includes transformation, purity, fertility, good luck, prosperity, and potential.

Being aware of its spiritual meaning can help you understand what it really means when you come across a frog and the message it’s trying to reveal in your life.

Spiritual Meaning of a Frog In Your House

As mentioned above, one of the spiritual meanings of a frog is prosperity and good luck.

So when you spot a frog in your home, you should be rejoicing! This is a good thing.

This generally represents good luck, fortune, and abundance in both your life and home.

Frogs also represent fertility, so it could also mean that a new baby is coming into your home.

The moment you see a frog, it mostly means good things.

However, some cultures perceive frogs in their homes as negative because they feel it represents negative forces.

You should always trust your gut if you’re trying to decipher the spiritual meanings of a frog.

So more often than not, seeing frogs in your home represents nothing but good aspects like prosperity, abundance, and even fortune.

Spiritual Meaning of a Frog Crossing Your Path

Crossing paths with a frog often means you should prepare for a significant transformation or change in your life.

You should know that frogs represent cleansing energy.

So crossing paths with frogs can cleanse any negative energy you’ve been holding onto.

For better or worse, seeing frogs within your way is a sign you need to prepare for certain changes in your life.

This can be both a good or bad thing.

For instance, if you’re struggling with your finances, seeing frogs within your path could indicate that a positive change will happen sometime soon.

So if you ever encounter the presence of frogs in your direction, expect that a transformation is about to happen.

Frogs are also generally linked to water, which also refers to your emotions.

So this could also indicate having more balanced emotions.

The sight of frogs is the reminder you need to not dwell on your difficult emotions too much.

Basically, frogs often have a positive spiritual meaning that represents good fortune, abundance, cleansing, and luck in your life.

Spiritual Meaning of Frog in a Dream

We’ve discussed what frogs mean when you encounter them in reality, but what about in a dream?

When trying to decode what frogs mean in a dream, it’s important to remember how you feel in that dream.

Try to remember your emotions and everything you felt in the dream.

For instance, if you felt positive emotions when you came across a frog, this represents aspects like fortune, good luck, abundance, and all the other positive meanings we’ve said above.

However, if you felt negatively, you could be expecting a particular change you might initially be against.

Dreams can often be pretty confusing and can have a different meaning, depending on what you feel and what the frog is doing in your dream.

For instance, if you dreamt you were kissing a frog repeatedly without anything happening afterward, this could imply you’re anxious about your dating life.

Again, it’s imperative to trust your gut instinct when it comes to deciphering the spiritual meanings of a frog.

A frog totem will help you get past several opportunities and make them easier to bear.

It would make passing through life much lighter. Even if you feel discouraged and burdened to go on, a frog animal totem would help you find the light and resilience through it all.

A frog animal totem generally represents encouragement and hope, which is why you feel much lighter and feel more capable of taking a leap of faith.

It helps you have more empathy in your life and as well as acceptance of vulnerability.

People will be drawn by your presence and will feel loved by you.

Another one of the frog spirit animal traits is the frog power animal.

This is your companion when you’re struggling, and you need something to guide you towards the right path.

If you ever face miscommunication or misunderstanding with your loved ones, use this power animal to encourage you to be an open book and express how you feel to others.

The frog’s power animal gives you joy in your heart and reminds you to appreciate every moment of your life while letting go of limiting beliefs.

In other words, this power animal can cleanse all the negative energy you’ve been harboring within you.

We’ve talked about the positive spiritual meanings of frogs earlier in this article, but here we’ll be focusing more on omens and superstitions.

Again with the example earlier, if you come across a frog and are financially struggling, this could mean prosperity and an abundance of wealth soon.

Tadpoles are also associated with fertility so if you know that you’re expecting, this can bring good luck.

It’s often ignored that frogs can be associated with love.

Not just because they’re green, which is connected to the heart chakra – but because of historical concepts behind frogs.

Greek Gods and Goddesses like Venus and Aphrodite are actually associated with frogs.

So aside from the favorable omens with frogs like prosperity and abundance, don’t ignore that one of the spiritual meanings of a frog could be pertaining to love and romance.

It could be telling you to pay more attention to the harmony and balance in your love life.

Even if frogs are primarily associated with positive meanings and omens, there’s no denying that there are some negative ones as well.

Change and transformation aren’t always good, especially if the change about to happen turns out for the worst in your life or if you find it unbearable.

So if you constantly see frogs or come across one, one of the negative omens to prepare for is a negative type of change about to happen.

It could also refer to witchcraft and curses, in some cultures more than others.

It can even be known as a trickster in some cultures primarily because it tends to come out or appear at night.

Frogs are also quite mysterious creatures, and they tend to jump out at night.

Lastly, another negative omen of a frog is that it’s telling you to pay attention closely to your surroundings and people.

There might be something that isn’t what it seems.

Maybe there’s a person in your life you thought you knew but actually don’t, or there’s something that seems particularly out of place.

So it’s best to be careful if this is the negative omen you resonate with.

Is It Good Luck To See a Frog?

Frogs have been known as a symbol of good luck and prosperity in several cultures.

This is why one of the more popular spiritual meanings of a frog is good luck.

In Japan, frogs are believed to represent good luck, and the same goes for the Romans.

Both the Greeks and Romans associate frogs with both fertility and harmony.

Most spiritual meanings are inclined towards a positive meaning because it’s really believed that frogs bring good luck, prosperity, and abundance – among other things.

Frogs have a common theme representing primarily good things in a lot of cultures.

So while it’s possible that the sight of frogs can mean negatively in some, it’s mostly positive.

For instance, the Native American culture sees frogs as a symbol of growth, renewal, and natural medicine.

Asian culture, on the other hand, represents prosperity, good luck, and email energy.

In Christian culture, frogs represent unclean spirits or the Plague, whereas Celtic culture sees frogs as a symbol of healing, water, and the Earth.

So you see, there are so many different variations on what frogs truly represent in different cultures.

Some see frogs as a bad thing, whereas others see them as a good thing.

In conclusion, I hope this article gave you a clear insight into the spiritual meanings of a frog.

Generally, crossing paths with a frog or repeatedly seeing one represents good luck, prosperity, potential, abundance, and even love.

Especially if your culture tends to believe good things about a frog, it mostly is trying to tell you good things.

What you need to remember is to trust your gut and instinct above all things.

If your gut is trying to tell you a positive omen about seeing a frog, then trust your gut.

But if it’s trying to tell you something negative or perhaps a warning in your life, then go with that.

Overall, frogs represent either a significant change is about to happen, fertility will come into your life, or an abundance of something good will find its way towards you.

❤️ Related Post: Spirit Animals – What Are They, And What Is Yours? [In Depth Guide] 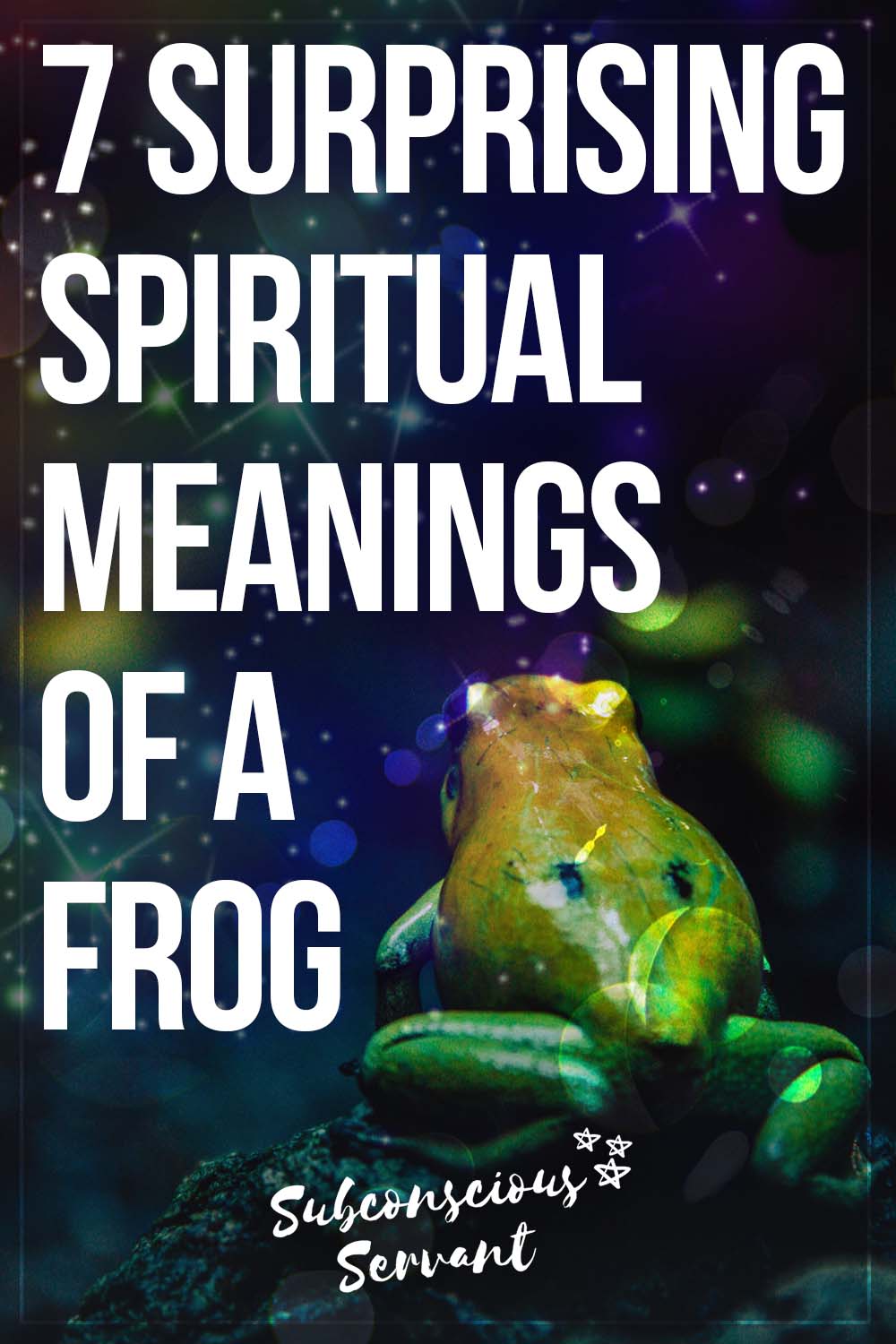 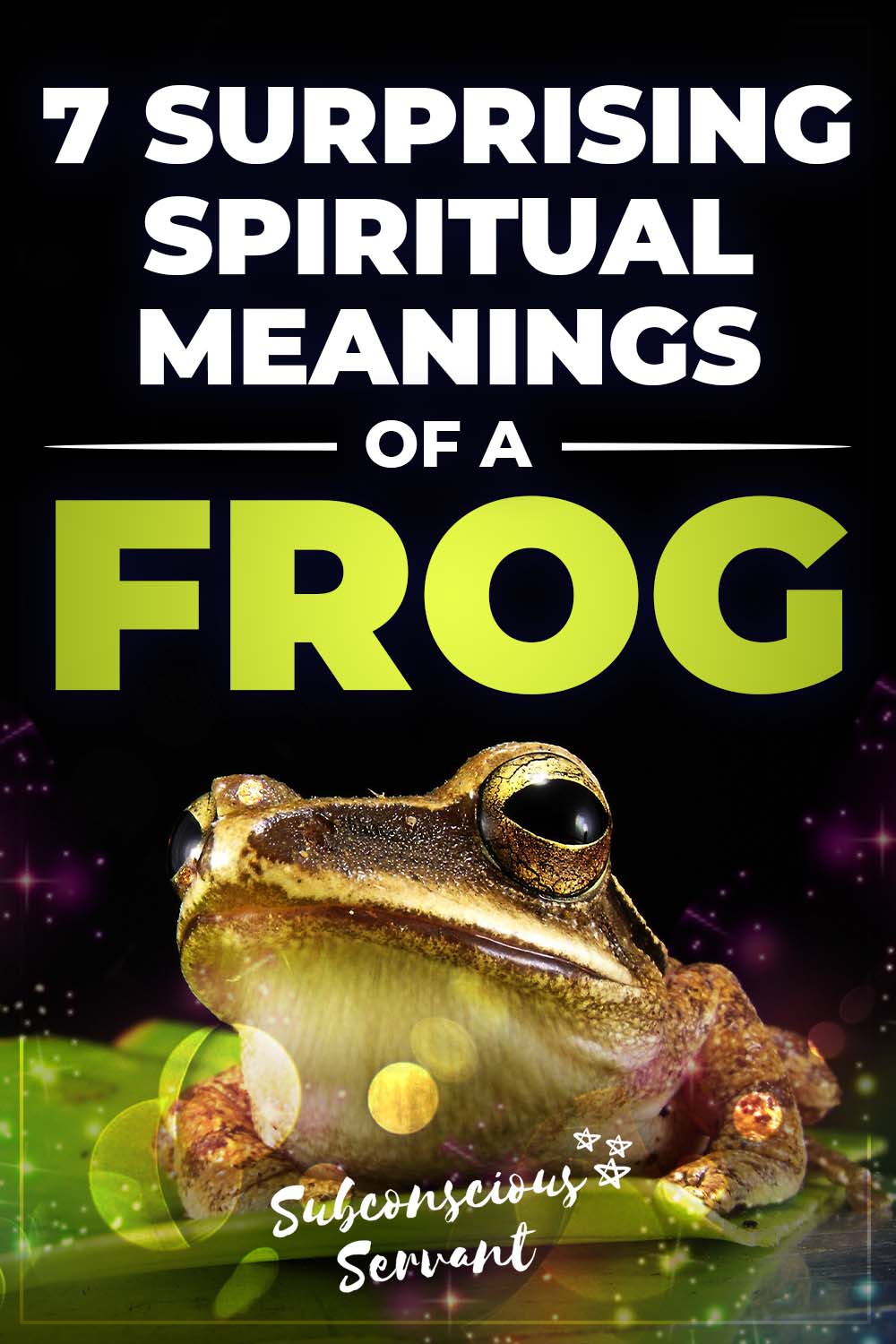 Spirit Animals – What Are They, And What...