The Fascinating History Of Smudging 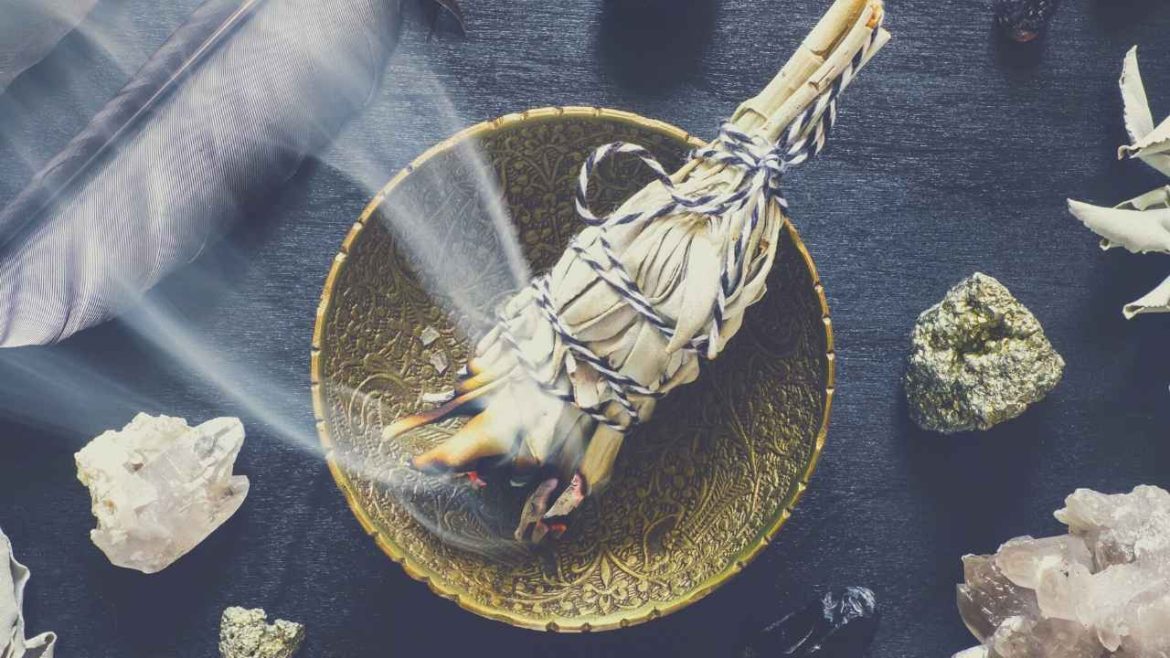 Cleansing your energy field is very important in this day and age.

We often unconsciously pick up on the “subtle” intentions, thoughts, projections, and energies of others.

Sometimes these can be positive, and they often are! But, they can also be negative and harmful for us. This is where smudging comes in.

Smudging is essentially cleansing and clearing your aura.

In this article instead of looking at the benefits and reasons for smudging, we will be looking solely at the history of smudging- such as where did it come from?

Where Did Smudging Come From?

Smudging is an ancient practice first used and adopted by tribal and ancient cultures.

Those who worked and lived on the land, and who were in tune with their earthy and spiritual roots used special plants and herbs to purify the air and cleanse themselves of negative energy.

These tribal cultures and groups of people also believed that smudging could protect them from harmful spirits, therefore smudging is historically a way to ward off evil spirits and unseen energies.

Although obviously having roots in superstition, there is some scientific backing to this belief.

Kirlian photography shows how the aura, or electromagnetic energy field as defined by science, is real. Very real in fact!

Ultimately, we do have an aura- a protective subtle field encompassing us.

This energy field is responsible for subtle influences including both our own intentions and mental projections, and the thought projections of others.

Our auras are perpetually interacting with other people’s auras, and the energy and vibrations emitted by natural objects & entities such as crystals, special gemstones, herbs, plants, and flowers.

Thus, in terms of smudging, its emergence and establishment as a necessary practice by ancient people portray how much wisdom and knowledge of plants and herbs or flowers these people actually held.

Let’s look at the various origins throughout history…

In short, sage, one of the main herbs for smudging, helps to drive away negative and harmful energy, thoughts, emotions, and mental projections.

It is fascinating to know that sage itself is called Salvia officinalis in Latin, originating from “salveo” which translates as to save or heal. Powerful stuff!

So, we all know the witch hunts and trials were unfortunately real.

“Witches” were medicine women (and sometimes men) who used sacred plants and herbs for blessings, intention setting, and ceremony.

They worked with the land and the beauty of the earth, yet, due to fear, ignorance, and illusion in historic and ancient times, were misjudged and subsequently persecuted.

Quite simple, in times of old, Satan was a real thing.

He was an entity, a person, and a force that could “possess” and control people, objects, and things like plants.

The truth is today sage is not considered witchcraft, there is too much wisdom, truth, and self-awareness. (Thank goodness!)

However, there are still some who hold old-age illusions and ignorance.

They may not see burning sage for smudging as witchcraft per se, but they do view it as some “hocus-pocus,” delusional and “woo” type thing.

It is unfortunate, as there are great healing and self-realization to be achieved and attained through smudging.

Herbs and plants hold medicinal and therapeutic properties… The medicine men and women from ancient times were aware of these “powers.”

Witches were humans who were in tune and touch with their spiritual selves, with the subtle dimensions and realms of life. They used herbs and plants to cleanse, heal, and purify.

So why did we persecute them so?

The fact that burning sage was considered witchcraft once upon a time shows how important the practice of smudging is.

From Buddhists to Catholics, shamans to native Americans, and cultures all around the world; smudging has been a sacred practice used only for good and health. There is no evil in it…

Today, smudging has become a way for meditators, spiritual people, and practitioners of the healing arts and holistic/ alternative medicine to “clear space.”

Yoga teachers, meditation practitioners, holistic health therapists, and people from all walks of life use sage for smudging. And this is exactly what sage smudging and other forms of smudging does, it clears space.

In the east, Buddhists and Taoists burn herbs for spiritual purposes.

In the West, “new-age” spiritualists also make use of the cleansing and purifying effects of smudging.

If learning about the real applications and essence of smudging does anything, it shows that the outdated beliefs and illusions once held by our ancient ancestors (such as the witch trials and the like!) were extremely significant in our human journey.

We first fear and seek to destroy what we don’t understand… but even this in itself shows the power of the thing we are seeking to destroy.

If it didn’t hold any real power and significance, our lower human minds and ego wouldn’t seek to destroy it.

It is a disease of the mind, and it is this precise disease and distortion that shows just how empowering and loving sage and other plants as used in smudging are.

Luckily, we have moved away from this “dark” age and mindset. 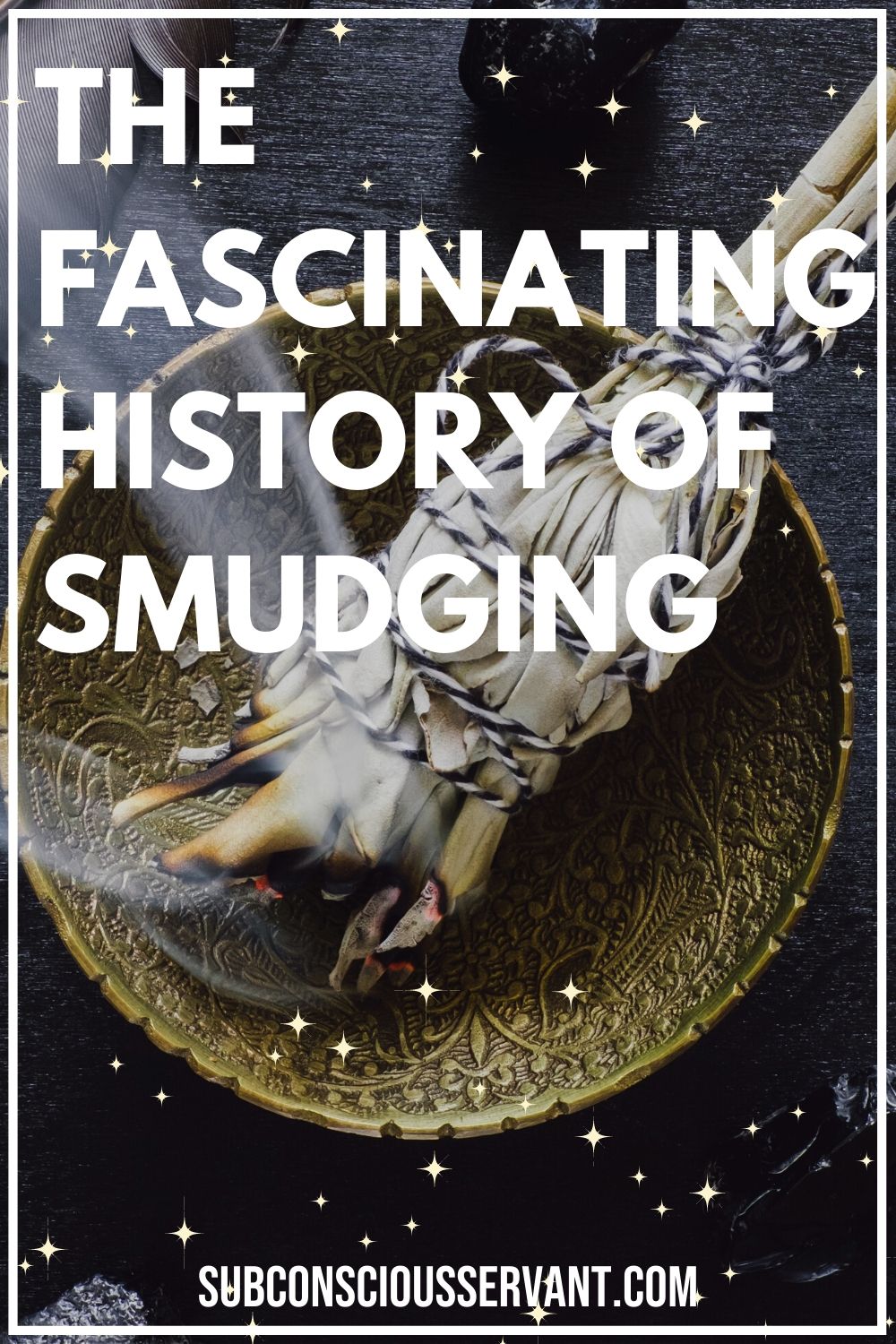 Smudging for Beginners: A Quick and Easy 5...