Does Everyone Have a Third Eye? The Truth Revealed 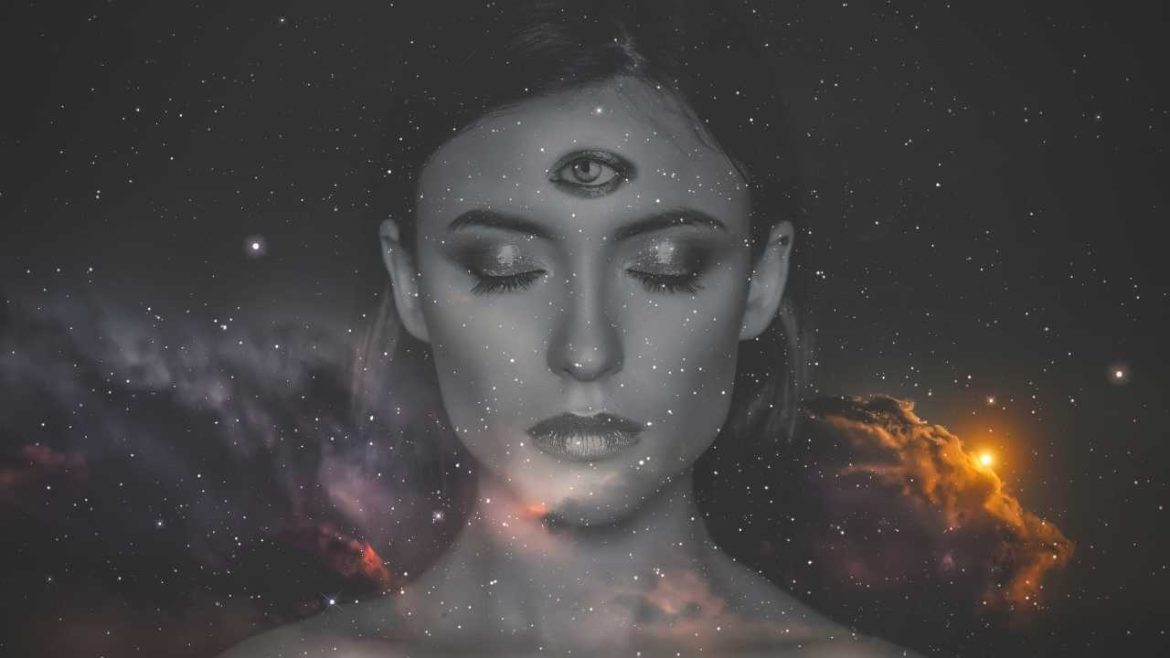 Located at the very center of the head and brain, the third eye is the seat and source of our expanded perspectives of reality.

You may have only recently or right now become fully aware that something known as the third eye exists. It has actually been known and studied since ancient times.

So much valuable information regarding this energy center and organ has resurfaced thanks to scientific study, spiritual exploration, and of course the technology that makes it so easy to share and our ideas and experiences.

The third eye can offer us so many magical natural abilities that can enhance our experience of life.

Now that you know a little more about this powerful energy center let me answer the question you may be wondering, does everyone have a third eye?

Everyone has a third eye. This is now well known ancient and present-day knowledge. In the very center of the brain, the physical manifestation of this eye is the small pinecone shaped organ known as the pineal gland. Within your energy body, chakra system, the 6th chakra is the third eye energetic center.

Whether or not you have been logically aware of the third eye, you have one since birth and so do all humans and interestingly many other creatures too.

Whether you are energetically and physically aware of the third eye it continues to exists and function.

The third eye constantly impacts your level of perception. It offers you the ability to both emit and receive high vibrational energies.

It allows the opportunity for the greater development of your extrasensory abilities such as clairvoyance, visions, lucid dreaming, and astral projection.

The Location Of The Third Eye In Your Body

The third eye is located in the very center of your forehead head along your brow bone.

This part of the brain which houses the pineal gland is known as the primal or reptilian brain and is the oldest part of the human brain known to have developed around 500million years ago; it operates on instinct and is responsible for many vital regulatory functions of the body.

This part of the brain is linked to the spinal cord and is the reason why deep breathing exercises are an extremely effective practice for awakening the third eye.

Deep breathing creates a motion within the body that massages our internal organs; the compressing and relaxing the spinal cord has a physical stimulating effect on the pineal gland.

How Do We Know That Everyone Has A Third Eye?

Now that you know everyone has a third eye you may have some curiosity surrounding how we know specific details about its physical and energetic aspects.

The presence of the third eye has been quite clearly acknowledged by so many ancient civilizations.

These civilizations among others include the Egyptians, Buddhists, Indians and Romans.

The third eye is seen represented in the religious artworks and scriptures of these ancient humans along with various methods of opening this eye that used to be considered secret sacred knowledge.

This can especially be noted in the yogic scriptures of Hinduism which provide meditation and energetic practices to awaken the third eye. Many of these practices are being utilized again in the present day, for example, kundalini yoga and meditations.

Present-day scientific study of the pineal gland has proved discoveries that reflect the ancient representations of the third eye.

An example being its pine cone shape, the pine cone was used as a symbol in the religious art of the Romans and within sculptures of Hindu deities.

Another example is the eye of Horus symbol which has a striking likeness to a cross-section diagram of the human brain indicating the location of the pineal gland.

Scientific studies have also presented us with fascinating details about the pineal gland such as its role in hormone production which has a vital impact on our consciousness and perception as well as certain physical details like the fact that the pineal glands contains retinal tissue (rods and cones structures that are present in our other two eyes) as well as the discovery that this gland is sensitive to light.

This is significant as light is part of what makes any vision possible.

When we contemplate the knowledge surrounding this third eye it is clear that this is a part of the human body that serves essential functions that are of both spiritual and physical nature.

The third eye is surrounded by intrigue as it holds much magic and power. Personally, I find it even more interesting to delve into the first-hand experience of having a third eye.

To learn to open this center and awaken your perception shows you just how very real this eye is!

It is also amazing to hear other individual’s experiences of their third eye and note how many experiences are of a similar nature.

An Interesting Theory About The Evolution Of The Third Eye

Throughout time many features of the human body and consciousness naturally evolve or mutate due to various factors and the environmental conditions.

There is an interesting theory that the third eye was actually more physically present and visible than it is in the present day.

In the past, it was known parietal or pineal eye.

There is even fossil evidence seen in the structure of the skulls of some of our very early mammal ancestors, where there is an opening on the skull known as the pineal foramen which would have housed the parietal eye.

This eye would have been responsible for detecting light as well as serving a function in body temperature regulation.

At some point in the journey of evolution, mammals were cold-blooded creatures and it is theorized that over time the eye became smaller and changed position due to its outward functions of thermoregulation and light detection became unnecessary as humans became warm-blooded and transitioned to a different phase of consciousness.

It is thought to have receded inward to the position of what we now as the pineal gland.

Interestingly, even in the present day some cold-blooded animals such as many reptiles still have a more defined third eye which aids them in light detection and thermoregulation.

Taking Care Of And Awakening Your Third Eye

Everyone has a third eye but it is up to you if you wish to utilize its powers on a deeper or more consciously aware levels.

Doing so can enhance your perspective therefore your experience of life.

You may not particularly wish to access your extrasensory or clairvoyant abilities but it is still of benefit for you to be aware that you have a third eye so that you can care for it.

If you do not maintain the basic health of this energy center and organ it can actually have adverse effects on your health.

Blockages within your third eye chakra can impact you in various ways which you can read about in the following article ‘11 signs your third eye is blocked’.

You can find detail information on how to awaken and maintain the balance health of your third eye in the article ‘How to Open Your Third Eye and Activate Your Pineal Gland’ or ‘Crystals To Balance & Cleanse Your Third Eye Chakra‘.  Also, check out this article for a list of third eye exercises you can do to enhance its powers.

Third Eye Awakening is your one-stop audio guide that will teach you everything you need to know about how to open your Third Eye Chakra through the power of mindful meditation.

In this audiobook you will learn how to open your Third Eye, expand mind power, intuition, psychic awareness, and enhance psychic abilities

And so much more!

This audiobook will change your life and free you from negative energies. Now is the time to make a change and live a happier life!

Get your copy of Third Eye Awakening today! 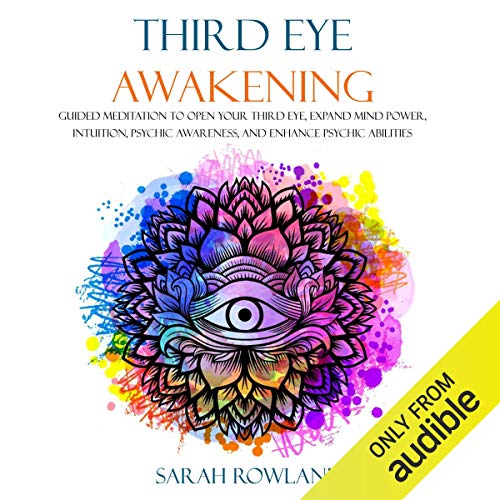 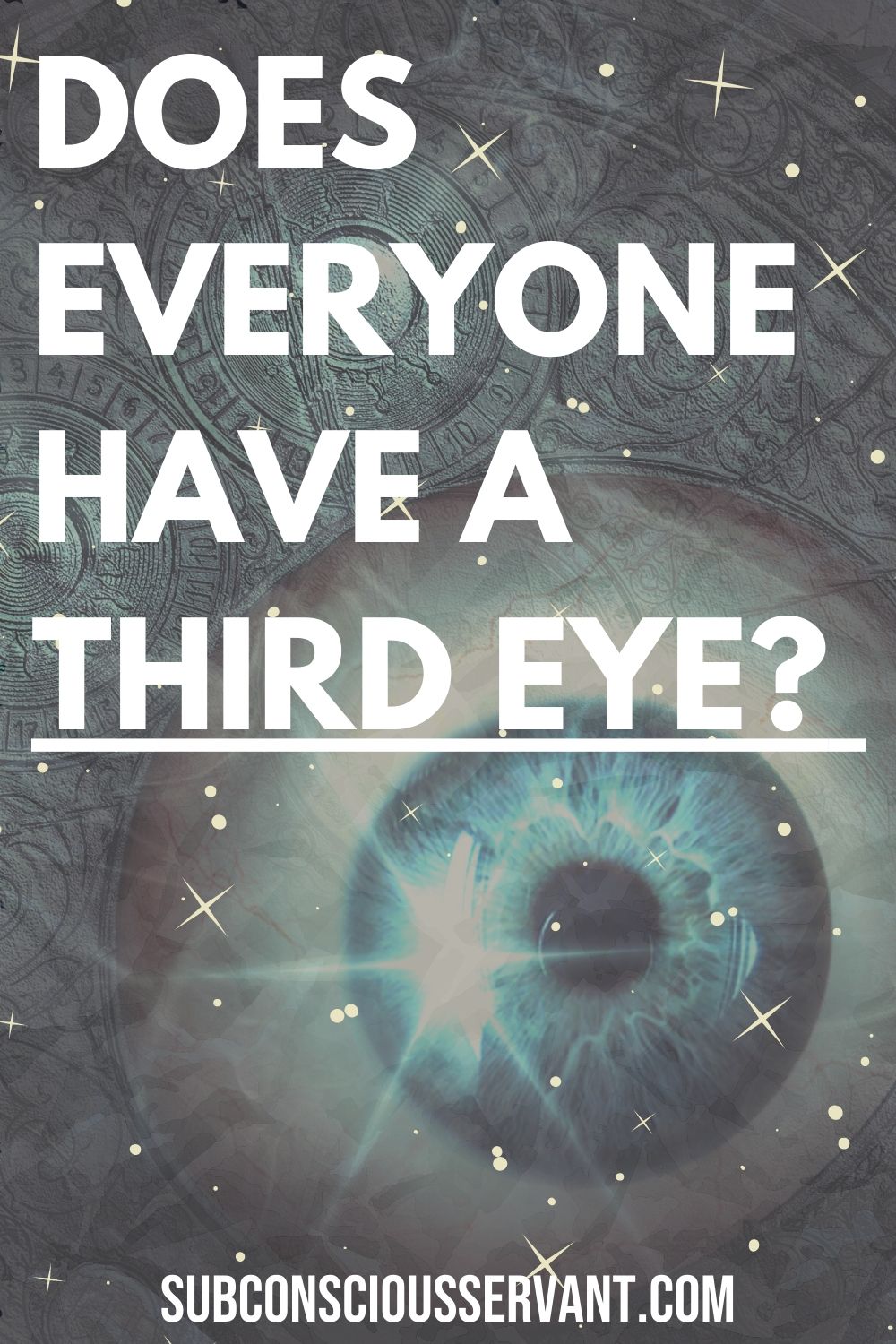 7 Powerful Exercises To Enhance The Powers Of...

10 Crystals To Balance & Cleanse Your Third...

Answered: What Does The Third Eye Do?