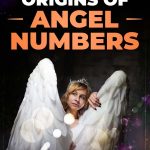 It seems as though more and more people are learning about angel numbers every day. Although some people might credit the creation of angel numbers to the New Age community, they have actually been talked about for centuries.

The very first time angel numbers were used is unclear. However, it’s safe to say that one person, in particular, heavily influenced the “invention,” so to speak.

So who invented angel numbers? Angel numbers stem from the invention of Numerology and a man named Pythagoras in the sixth century B.S. Although there are three types of Numerology, Pythagoras is responsible for developing the most widely used version.

The true origins aren’t exactly clear because all we know about him are from texts written hundreds of years after his death.

The Christian Bible seems to have a spiritual significance attached to some numbers as well, which has been people wondering if angel numbers are derived from Christian teachings.

Continue reading to find out.

The Origins Of Angel Numbers

Humanity has studied and used numbers since the dawn of time, and no matter what culture you are in, there are certain numbers that hold specific value or meaning over other numbers.

In most instances, this is called Numerology.

However, some cultures might use a different method for achieving the same goal, which is connecting with the higher power in some way.

The terms Numerology and angel numbers have been used interchangeably in recent years.

In fact, it seems as though the development of the New Age culture also coined the term “angel numbers.”

Basically, when you see anything from a single-digit to a quadruple-digit number that stands out to you in some way, this is considered an angel number.

It is a divine message sent from your angels, spirit guides, or Ascended Masters to help guide you in some way back on track with your life path.

So when did it all start?

The Invention of Numerology:

It all started in the sixth century when a mathematician, philosopher, and metaphysician, Pythagoras.

The true time in which Pythagorean Numerology was discovered is unknown because there aren’t any surviving original texts to go off of.

However, the texts that were written hundreds of years after his death credit him for the invention of Numerology.

Pythagoras was born in Greece in approximately 569 B.C. He acquired a following, which he called Pythagoreans. He and his followers studied mathematics, music, and philosophy at the Pythagorean school.

It was there that Pythagoras and his followers became interested in number mysticism after their discovery of a fact about numbers.

When a series of odd numbers are added together, you will always receive a square number.

This discovery led the Pythagoreans to conclude that “all is number.” Basically, it means that everything on the physical plane can be described in terms of numbers and measurements.

Since the discovery, it has had a huge impact on science and mathematics in today’s world.

It also has another interpretation, though. “All is number” essentially means that everything in the universe can be reduced to a numerical value.

It is discoveries like this that eventually lead to the realization of the Fibonacci Sequence.

Pythagoras, having the background he did, then came up with Numerology. Hi followers and he began describing the number in non-numerical value as well, according to intuition and mysticism.

After his death, this sort of interpretation fell flat but was picked up later around the first century A.D.

Numerology wasn’t picked up again until the 1800s by a woman of the name L. Dow Balliett. She published several books using Pythagoras’s theory.

She described that numbers had vibrations, music, and colors. Essentially, she wrote that everything in the universe has a vibration.

In order for your life to continue harmoniously, you must do, say, eat, sleep, and practice in harmony with your life path.

Although she and many other numerologists claim this vibration is caused by the movement of subatomic particles, there have been little to no studies have been done to approve or disprove this theory, and thus, Numerology was labeled a pseudo-science from the very beginning.

When Was The Term “Angel Numbers” First Used?

Although Numerology has been around for centuries, the term “angel numbers” is a relatively new term. It seems to have popped up since the dawn of the New Age movement.

Upon doing a little digging to find the root of this term, you’ll find the name, Doreen Virtue.

Doreen Virtue is a woman who claims she studied under Pythagoras in a past life. This proclamation gave her the credibility she needed to back up her life’s work.

Since her beginning, she’s published numerous books and card decks as well as helped modernize the Pythagoras theory about Numerology, and she coined the term “angel numbers.”

According to Doreen Virtue, everything has a vibrational frequency in the universe.

However, this frequency can be used to decipher messages from the divine when they show up in the form of numbers.

It is Virtue that stated that when a number or set of numbers stands out to you, you are to pay attention. It is this number that your angels, spirit guides, or Ascended Masters want you to recognize. It is this frequency of information they want you to learn.

In other words, Virtue wants you to pay attention to what you are thinking about or what you are doing at the moment you notice this sequence of numbers.

Doing this will help you better understand what your angels are trying to tell you. You don’t always have to look up, “what does x number mean?” to find the proper message.

Quite frankly, everyone is leading a unique path that is specific to them, so a broad definition you find online might not always hold true for your circumstance.

The same can be said for Astrology and daily horoscopes.

Since she began her career as a New Age Numerology teacher of sorts, Doreen Virtue has since denounced her work and time in this field.

She has since transformed her energy into following the Christian path and worked to have her name removed from nearly all of her previously published works.

If the woman who coined the term “angel numbers” no longer believes in her own work, does that make it invalid?

Just because someone denounces their work, doesn’t make it any less truthful or valid. She simply transferred her knowledge into the Christian community and has since used Christian vocabulary to describe the meaning of numbers.

👉 Want to know more about numerology? Check out this article “Numerology for beginners”.

Christianity has its own form of Numerology, but it refuses to use the term “Numerology” or “angel numbers.”

God never speaks through numbers, and angels never draw attention to themselves.

If you are to receive a message from above, it is sent straight from God in the form of vision or dreams.

So to answer the question, no, Numerology isn’t necessarily biblical.

However, at their core, the two are quite similar. In a sense, Numerology is just another way to comprehend what the divine energy of the universe is trying to tell you.

At the end of the day, we are all just trying our best to be the best person we can be while also trying to connect as closely to God or Source as possible.

Undoubtedly, there is divinity in the universe. It shows itself all the time in the form of miracles and out-of-body experiences.

You have the power within you to create the life you set out to create, and with a little guidance from above, you can get there with little obstacles in your way.

As humans, we will continue to see the same obstacles and life lessons until we learn from them and learn to choose a different path.

If you don’t pay attention to the signs from the universe (God, if you choose to use this term), you can still achieve your dreams, but you might take a round-about way to get there.

Angel numbers and Numerology are a way for you to stay on track with your goals and bring you closer to enlightenment.

For many, enlightenment comes while they are working hard to achieve their dreams. However, this is only the beginning stage of what your soul is destined to achieve on a divine level.

Once your time on earth is finished, your soul continues onward and can reach new heights of divinity and spirituality, according to Numerology and the New Age way of teaching.

The origins of angel numbers might be a little cloudy because it began so long ago, but their power holds true.

There are most certainly vibrational frequencies that exist in all things in the universe. It is just a matter of you decoding them and applying them to your life in an appropriate manner.

[…] Zero is a harder concept to grasp when it comes to numerology and angel numbers. […]

Angel Numbers: A Guide To What They Are + Finding Yours – Subconscious Servant

Thank you for the enlightenment.