Is The Unicorn Your Spirit Animal? The Amazing Meanings & Symbolism 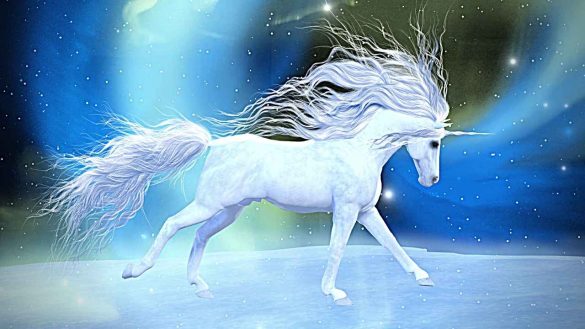 The unicorn is one that rarely gets brought up in the average spirit animal conversation.

The reason could be that people generally think of real animals when they think of spirit animals, and they don’t consider unicorns to be real.

However, as you ascend into higher states of consciousness, you begin to understand just how real unicorns actually are.

It might not be in the physical sense, but the unicorn spirit animal is one that very much exists in the astral plane.

That’s not all. There are also a few different fun facts about the unicorn that most people don’t know!

Continue reading below to learn more.

Signs the Unicorn Is Your Spirit Animal

The thing about spirit animals is they can be lifelong divine guides, or they can appear for a time and move on.

In most cases, the unicorn is one that only stays for a visit or until a specific lesson is learned.

The symbolism associated with unicorn spirit animals is one of intense spiritual power and true enlightenment.

Often, the unicorn spirit animal isn’t necessarily a leader but one that symbolizes reassurance.

Those that are blessed with the unicorn spirit animal will also see financial troubles melt away once and for all.

The unicorn might be a rare spirit animal, but it still has characteristics similar to most other spirit animals.

Perhaps the most common similarity is that one sign that the unicorn is your spirit animal is by first harnessing your intuitive powers.

Just like most spirit animals, you will likely feel an overwhelming sense of peace, clarity, security, and the determination to succeed in your quest for accomplishments.

When spirit shows up with messages as animal guides, it is often quite obvious to the intuitive self.

When the unicorn is your spirit animal, you will most likely experience:

The thing about unicorn spirit animals is that you aren’t likely to see them physically embodied on the earthly plane.

You may run into it as artwork on something, or a stuffed animal, but that’s most likely it.

For most, the unicorn comes in the astral plane or during dreams.

It’s also a spirit animal that you must believe to be real in order to attract.

You must also be the fairest of heart because the unicorn doesn’t show up for just anyone.

There will likely never be a lot of attention put on the unicorn because it is a spirit animal that is so difficult to maintain contact with.

In fact, it is more common to see the unicorn as a child’s spirit animal because they are more open to imagination.

If the unicorn comes to you in a vision, try to remember to take in the moment as much as possible.

Try to remember how you felt. Listen to your gut to try and figure out what it’s guiding you towards.

What To Do When the Unicorn Is Your Spirit Animal

The Unicorn symbolizes a time of great creativity for the respective person.

You are encouraged to harness your creative expression and to let it flow freely.

If you find it hard to do this, you may have a blocked throat chakra. Luckily, the power of the unicorn can help to align the chakra and once again allow for free-flowing creative energy.

Also, these crystals can help with creativity.

Above all else, the unicorn asks you to be the real you in all areas of your life.

In fact, a lot of the time, the unicorn shows up because you’ve begun to integrate your life and you live with compassion in your heart.

The unicorn simply facilitates the process to help you achieve all you set out to achieve, but you first have to begin the work on your own.

It may sound easier said than done, but that’s the whole point. Isn’t it?

Essentially, if you show up to life as your authentic self and you live with innocence in your heart, you will likely be blessed with a visit from the unicorn spirit animal from time to time.

The Meaning of the Unicorn Appearing in Dreams

It is most common for the unicorn spirit animal to make itself known during a dream. Your dreams are the easiest way for you to access other dimensions, and it’s a place where unicorns reside.

Similarly, they are also accessible through the astral plane as well, if you are into that sort of thing.

Regardless of your method of traveling, unicorns are high dimensional beings.

If a unicorn appears in your dream, you are likely to remember it, whether you believe in spirit animals or not. They have that effect on people.

However, just because you see a unicorn in a dream doesn’t mean that it is your spirit animal. There are times in life when unicorns come to deliver a simple message and then go on their magical, ethereal way.

If a unicorn visits you during a dream, it is said that you are blessed. The unicorn is known only for bestowing blessings when it’s chosen to be someone’s spirit animal.

The unicorn comes from the highest dimensions.

You can think of it as the ultimate thumbs up from the universe. You are on the right path, and you are taking the steps every day to ensure that you maintain this highest timeline into fruition.

In other words, you are becoming a whole human with the purest intentions at heart.

Unicorns and the Astral Plane

As I mentioned earlier, unicorns exist on the astral plane as well.

This is the plane in between physical reality and the dream state.

It’s no secret that unicorns have been created in movies for decades now, so it’s safe to say they are in the astral plane.

Now, whether or not you run into one of your ventures is entirely up to you and the choices you make.

Because if one thing is for sure, it’s that for every action, there’s an equal and opposite reaction.

It should also be noted that if you go your entire life without coming in contact with a unicorn spirit animal, that doesn’t make you a bad person.

You simply had other equally unique and amazing things headed for you that the unicorn spirit animal isn’t on your timeline.

That doesn’t mean you can’t change, though. You have the power to manifest anything you want for yourself.

It should also be noted that the astral plane is not something you travel to without prior knowledge.

It’s a vast place with a vast knowledge that I cannot cover here, but the main thing you should always remember is to remain physically, mentally, and spiritually protected at all times.

Mythological Meaning of the Unicorn

That is, they aren’t found in Greek Mythology, rather the natural history occurring during that time.

You see, Greek writers were convinced that unicorns existed in reality and that they lived in India, which also seemed like a distant and magical realm to the Greeks.

Unicorns are called mythological creatures, but it is more accurate to say that they simply were mistranslated in ancient texts.

It all began with the Hebrew Bible (The Torah), which mentions “re ’em” that some versions of the new testament translated to “unicorn”.

In all actuality, The Torah never mentions a single-horned creature, though there is Mestompian art during that time depicting a profile view of a horned creature.

When it was translated into Greek, the writers were more familiar with the art, so they translated it to “monokeros,” which means one-horn, leading to the English translation, “unicorn”.

A lot of the legends and history of unicorns has been lost over the centuries, but there are still fun facts out there for you to get your hands on.

I have listed a few below for your convenience.

Unicorns being misconstrued as mythological creatures when they are documented in natural Greek history is a fun fact that not many people know.

However, this isn’t the only fun fact about unicorns that you probably don’t know.

So did the unicorn actually exist, or is it all a result of a few mistranslations?

Unicorns are magical, pure, and graceful beings with a rich history engrained in the fabric of this earthly dimension.

There have been so many great names in history that confirm the reality of unicorns.

Just because something has a lengthy historical story doesn’t mean it ever existed on the earthly plane, though.

Maybe that’s the true beauty in their rarity. They only appear to those sensitive enough to feel and visualize their presence.

Regardless of how a unicorn presents itself to you, just know that the moment is special and doesn’t happen often.

It is your chance to take your divine clarity and apply it to your life accordingly and with creative fluidity and passion.

On the other hand, don’t wait for the presence of a unicorn to validate your dreams and desires. You are worthy of anything and everything you can dream up. That’s why it’s possible for you to dream it in the first place.

Thanks, I hope you enjoyed this article on Unicorn Spirit Animals! If you want to know more about Spirit Animals, check out this in-depth article I did here. 🙂 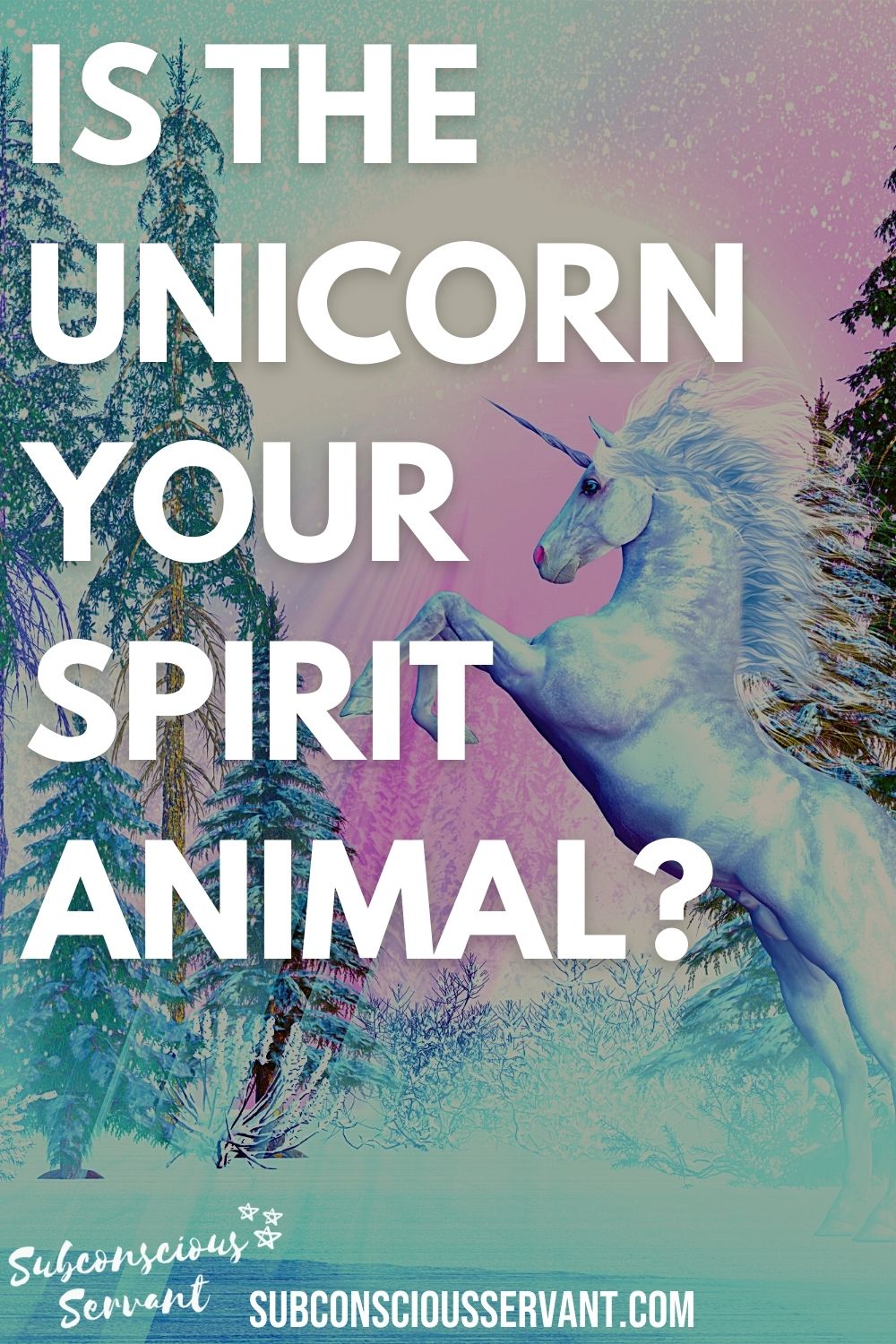 Amazing! Best article on unicorn spirits in my opinion! It covers so much so well. ♡ I strongly feel that I have a unicorn spirit guide.