The Beta Female: 10 Traits Of This Much Loved Personality Type 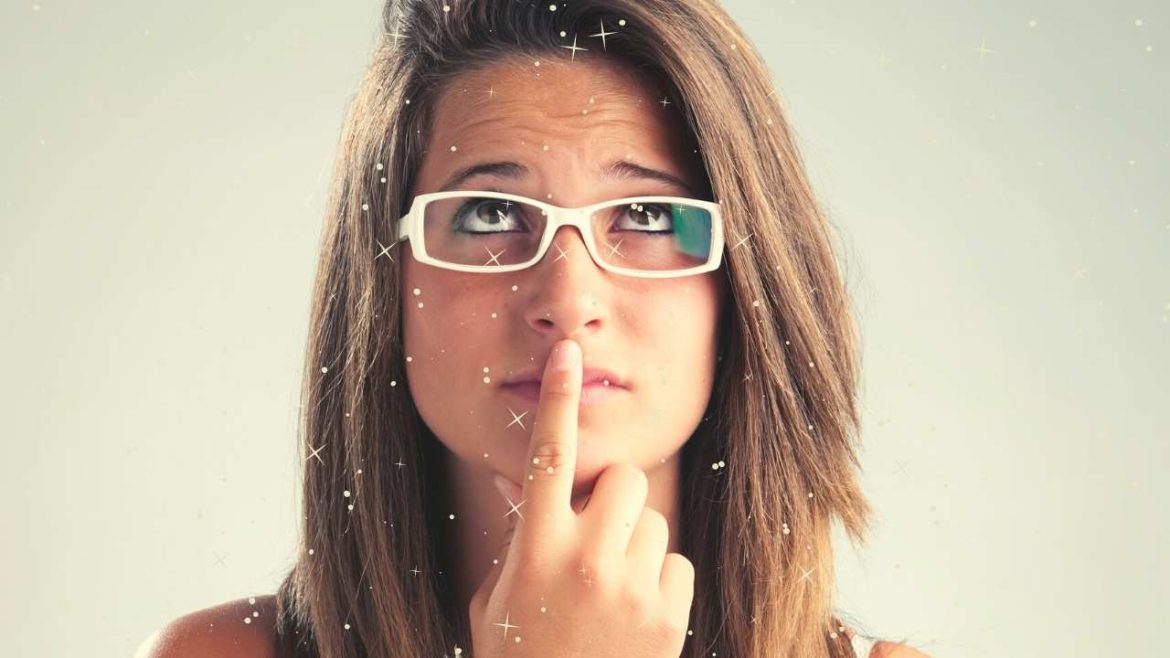 Are you a deep thinker who doesn’t mind taking orders?

Perhaps you are always there for your friends and family, and make a loyal partner?

Are you empathetic, intelligent, and introverted?

If so, you may be a beta female!

You probably have heard of at least one of the personality archetypes, such as alpha, beta, delta, gamma, sigma, or omega.

These types of labels have been discussed a lot recently, with loads of men identifying with certain personality archetypes. But, did you know that women also fit into these personality types?

Women can be alpha, beta, delta, sigmas, omegas, and gammas too!

So, of course, they can also have a beta personality!

Everyone is unique and brilliant in their own way, but I think it can be really fun to identify and relate to a certain personality archetype! It allows us to celebrate who we are and be proud of our differences.

Read on to learn more about the beta female, and if you fit the type.

What is a Beta Female?

A beta female is a woman who is a deep thinker, with emotional and intellectual smarts.

She is loyal and friendly but has an introverted streak in her. She doesn’t mind going with the flow and letting others around her take the lead. But she knows that when she has an input into a situation, it will be thoughtful and useful.

She loves helping others and is very loyal to those close to her. She makes a great friend and partner and takes her relationships seriously.

Are you relating to any of this?

Maybe you are a beta female!

Now we know the basics of what a beta female is, let’s dive deeper into this personality archetype and find out if you are a beta female!

A beta female is always really friendly. She might not be as outgoing as other women, but she will always be polite and kind to those around her.

Acquaintances and coworkers will be very fond of a beta female. Because she can be a bit timid at first, it is always really nice when she eventually opens up and they get to know her.

She will always have a smile on her face, and compliments to give those around her.

A beta female can be vulnerable to those taking advantage of her kindness, so if you are a beta female, always be aware of those that might have an ulterior motive!

Even though a beta female is friendly and kind to those around her, she does often prefer her own company and won’t be a big voice in a group.

She doesn’t mind taking time out of being social and might turn down invitations to big parties just because she doesn’t really fancy it.

She will let others take the lead in social situations and never chases the spotlight. But, when she has something to say, she will say it!

She Can Be Passive

Because a beta female is pretty introverted, she can be passive in a friendship group or a workplace situation.

She doesn’t mind taking orders from others and being led in a situation if she agrees that it is the right thing to do. Her ego will never get in the way of constructive action!

She can often be seen as being too quiet in the workplace or social situations, but she is comfortable with this.

When she needs to be open and talkative, the beta female will.

She Needs Time to Reflect Before She Acts

A beta female will never jump into anything. She is a deep thinker who needs time to reflect and observe before she acts.

When it comes to her career, a beta female will never chase promotions before she really thinks about what it means for her.

She will never act up in order to impress others, and thinks about the implications of all her actions.

She is comfortable taking things slow, knowing that everything needs to be thought through before she proceeds.

This means that she can be a really useful part of a work team! She will often think about things deeply, coming up with new ideas that other people might not have taken the time to consider.

She is Very Intelligent

A beta female is often extremely intelligent and has the ability to see things from loads of different perspectives.

She enjoys reading and watching documentaries, knowing that hearing new ideas and other people’s opinions is really important.

Her intelligence is both analytical and emotional.

She is very good at thinking logically and reasonably in regard to work and career. She is great at forming her opinion and can eloquently convey it to others.

She understands how other people work and has the ability to see things from a whole range of perspectives. This means that she is a great part of any friendship group and can settle arguments and disagreements between people.

She Can Take Criticism To Heart

A beta female is a very kind and caring person, who understands others well. But, she can often take criticism to heart and this can really affect her self-esteem!

Because a beta female thinks deeply before she talks or acts, she will often worry when she gets criticized.

She cares a lot about the people around her and never wishes to upset anyone. This means that criticism can really hurt.

But, a beta female needs to know that you can’t please everyone!

As long as you are being kind, thoughtful, and caring, you shouldn’t let others bring you down!

Of course, it is important to listen to criticism and wonder what you can do in order to better yourself.

But, a beta female needs to try to not take it to heart so much. In the workplace, criticism is a part of life! It doesn’t mean that you are not good at your job, it just means that there are probably things you can do to improve.

She Is Loyal to Friends and Romantic Partners

A wonderful thing about beta females is that they are always super loyal to those close to them. When it comes to their friends, they will do anything they can to support them and will always go out of their way to make their friend’s lives easier.

She will never talk behind people’s backs and if she has any issues with anyone, she will tell them upfront in a constructive and polite way.

She is her friend’s number one fan, always giving them support and encouragement!

A beta female has all the qualities of a good friend, so if you have one in your life; keep hold of them!

When she commits in a romantic relationship, a beta female will take her loyalty very seriously.

She will support them and trust in their partner and expect the same back. If this trust is broken, a beta female can find it very hard to forgive.

A beta female will always have a deep understanding of the emotions and needs of those around her.

She has an incredible ability to understand what it is like to be in someone else’s shoes and see things from their perspective.

Because of this, she is a great person to go to when you are having emotional and personal problems.

A beta female is able to give advice and fully understand what you are going through.

A beta female will often be an empath. This is a special psychic power that people have that allows them to actually feel the emotions of others that are around them.

They are able to sense other people’s energies and see things that most people can’t see.

It can be hard being an empath, as feeling all the energy and emotions around you can be super overwhelming!

Thankfully, there are things that you can do in order to ease the stress that being an empath brings. I know a lot of empaths who swear by crystals.

Certain crystals are able to ground and protect empaths, so definitely look into this if you are an empath and are finding it difficult!

She Takes Her Moral Code Seriously

A beta female will have a clear moral code and will stick to her rules. She will know exactly what she believes in and will never cross any line that goes against her beliefs.

She will never be influenced by others and will always stick to her morals.

Because of this, a beta female is very respectful of the morals and beliefs of those around her.

She listens to her friends and family and knows what to do in order to maintain strong and healthy relationships. She will never purposely go against the morals of her close friends, always trying to make sure that they are getting respected.

Certain people might call the beta female stubborn because of her need to follow her moral code, but she doesn’t care about this.

She does not listen to these people, knowing that those who matter will respect her.

She Is Eager To Help Others

We know how loyal a beta female is to her friends and family, and this is really shown in her actions!

She is always there for people, eager to help where she can. She will often go above and beyond to assist her loved ones, and this makes a beta female a great person to have in your life.

A beta female does not just help those close to her, either.

She will be there to give a helping hand to anyone in need, regardless of how well she knows them. If she can help, she will!

If you are a beta female, this is an amazing trait to have and you should be so proud of yourself.

However, you must make sure that people are not taking advantage of you. Unfortunately, not everyone is as kind and caring as you, and some people will use this part of you for their own personal gain.

Wow! I loved learning about the beta female and this amazing personality archetype.

I definitely know a lot of these people in my life, and know how important they are to me.

Are you relating to any of the traits of a beta female?

Let’s summarize what we have learned in this article and what exactly a beta female is.

If You a Beta Female, Embrace Your Personality Type!

A beta female is an amazing person. They are kind, caring, and thoughtful.

They are always super helpful to those around her and loyal to their loved ones.

Are you a beta female? Do you relate to this personality type?

If so, remember to be proud of who you are and embrace your personality! You are a wonderful person and give so much to those around you. 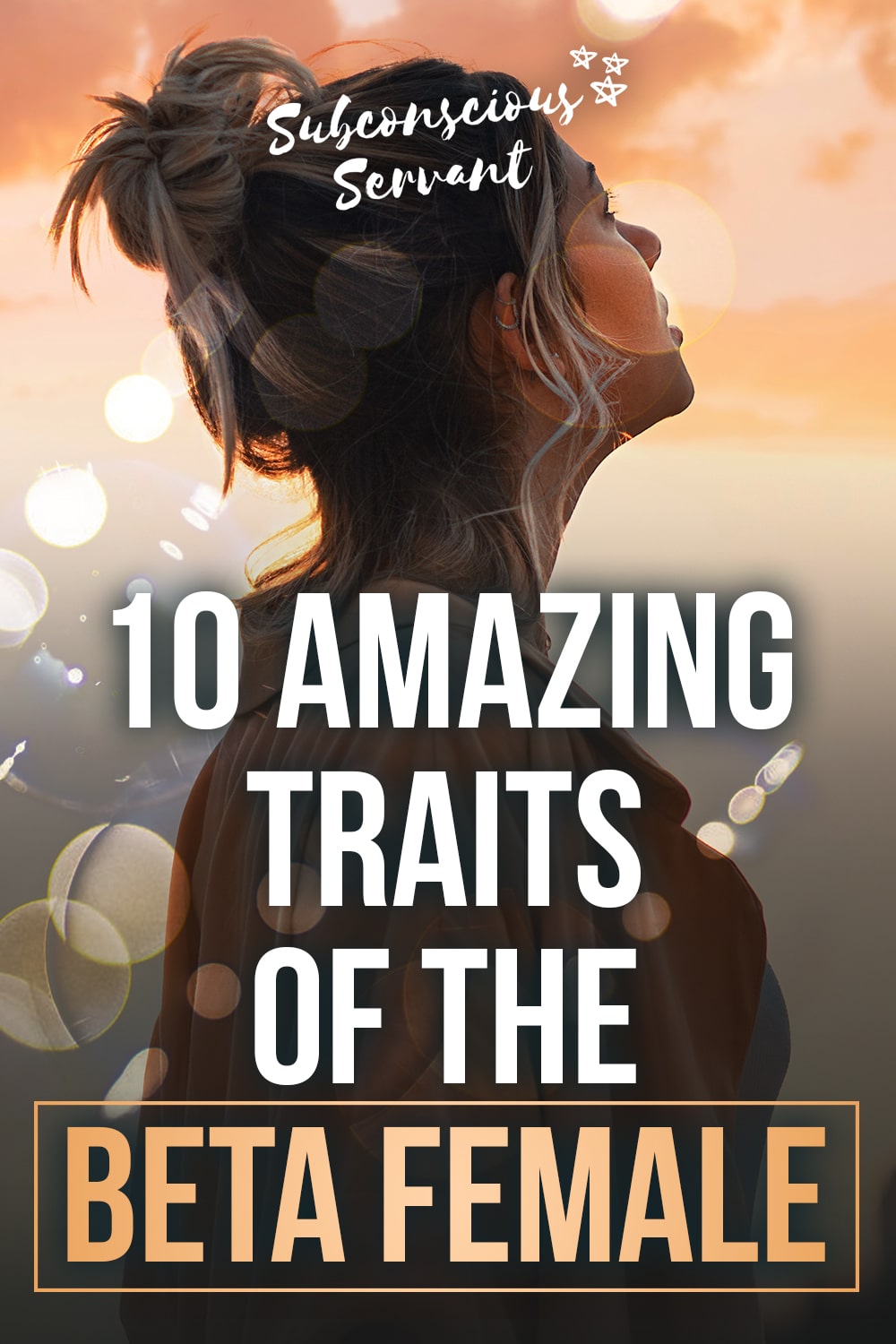 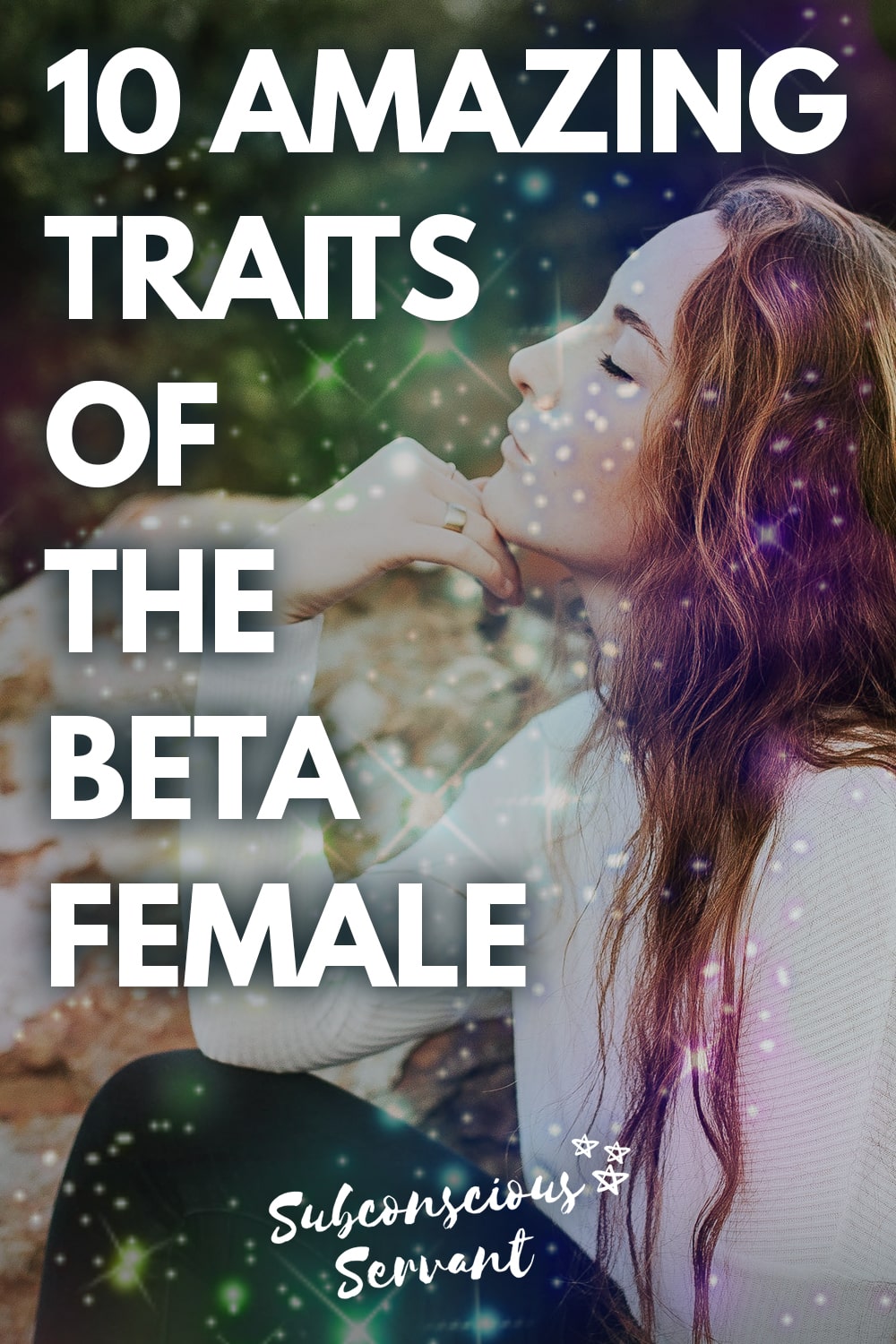 INTP vs INTJ: 9 Subtle Differences Between These...