The Omega Female: 7 Traits Of This Special Personality Type 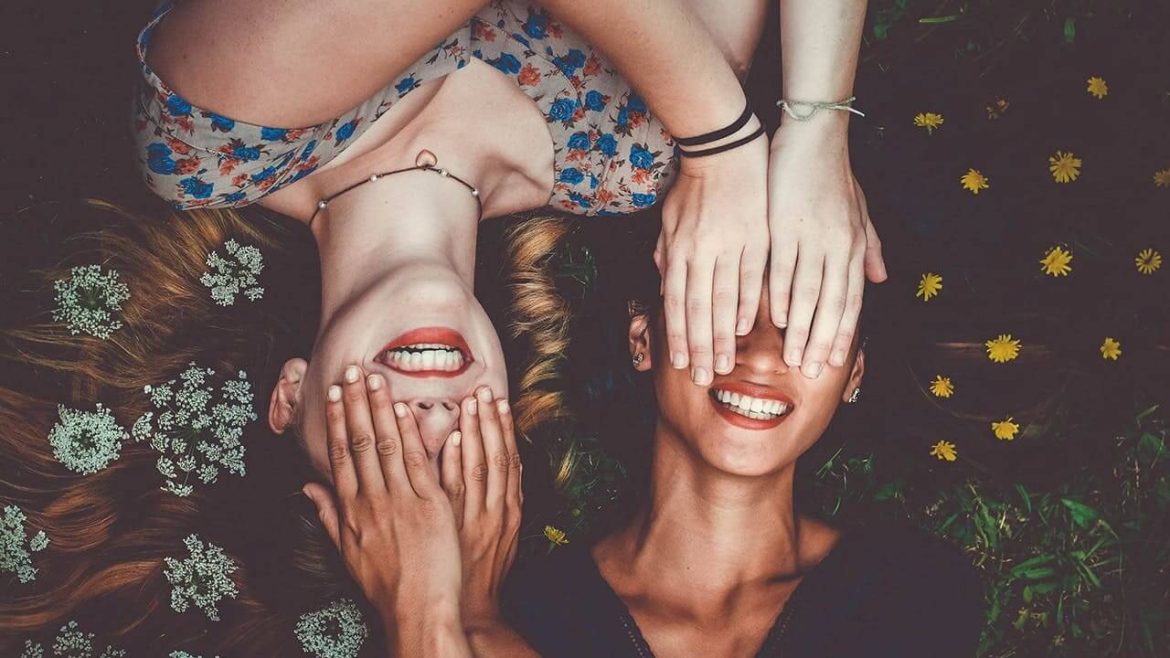 Do you find yourself not really caring about what other people think?

Perhaps following the social norms is not really you and you can’t understand how other women want to follow everybody else.

Maybe you prefer your own company and only have one or two close friends. If so, you might be an omega female.

Did you see our recent article about the sigma female? Similar to sigma guys, these are women who follow their own rules and fit into any social situation.

But there aren’t just sigma females out there, there are beta, gamma, delta, alpha, and omega females!

This article is all about omega females and their amazing personality traits. Read on to discover if you are an omega female.

What Is An Omega Female?

An omega female is a woman who is introverted and doesn’t really like to be the center of attention. They do their own thing and are pretty intelligent!

She will normally play down her intelligence, not really wanting to show off. She prefers to spend time alone, working on things and pursuing her hobbies and interests.

The main characteristic of an omega female is the fact that she is an introvert.

She doesn’t really enjoy large parties or have big groups of friends, feeling much more comfortable being alone or with a handful of people.

The omega female doesn’t really crave a busy social life. She is happy with how she is and does not envy those more socially popular than her.

People at work or in her social groups may view her as shy and reserved, but this is how the omega female likes to be.

The omega female really enjoys her own company and never really feels lonely.

She normally has a lot of things going on in her private life, with hobbies and interests keeping her company when she is alone.

She takes solace in books, films, games, and other solo activities.

❤️ Related Post: 11 Big Misconceptions About Being an Introvert

She Has a Few Extremely Close Friends

Despite mostly enjoying being alone, the omega female has a few deep relationships with other women.

She often will see two or three people as being her friends, but these friendships provide her with so much support!

She is very supportive and loyal to her close friends, and they are the same as her. They look out for each other and will always give sound advice.

In an omega female’s eyes, friendship is all about quality over quantity. Her friends understand her need for time alone and will never push her to be sociable when she does not feel like it.

She is Extremely Intelligent

An omega female is often extremely smart and is respected by colleagues and acquaintances. She is normally an overachiever and will be successful in her career.

She is a hard worker, but only when she is interested in her work.

An omega female craves intellectual stimulation and will pursue hobbies that work her brain. She has a sharp mind and enjoys a challenge.

Her intelligence will mean that her close friends are often as smart as her. Despite being introverted, an omega female enjoys debating and talking about the big issues in life.

Not afraid to ask questions and challenge philosophical and political ideas, the omega female is always a great person to talk to. Of course, she needs to open up to you first!

Her intelligence means that people will often seek her out for advice.

She is thoughtful about things and will often take great care in what advice she gives, especially to her friends and family.

An omega female will often be an empath. An empath is someone who is in tune with other people’s thoughts and feelings.

They will often feel what other people are feeling and have a deep understanding of other people’s emotions.

If you think you are an empath, read our article here that discusses this amazing gift in much more detail!

She Can Be Overly Sensitive

One of the negative traits that omega females have is their tendency to be overly sensitive.

Because she spends a lot of time in her own head, she runs the risk of overthinking things and getting upset about situations that can’t be helped.

Her sensitivity means that she sometimes finds it hard to regulate her emotions. She is prone to anxiety and outbursts of sadness and anger.

She is a very smart person, but sometimes does find it difficult to be rational about her emotions!

Sometimes, the way that the world views her can get to her. She doesn’t really care about what others think of her, but sometimes she can get frustrated by it all.

Because she is a bit of a misfit and prefers her own company, colleagues and acquaintances might judge her. This can get to an omega female as she does not understand why it matters!

An omega female’s sensitivity is often linked to her empathy. She is overly sensitive to other people’s feelings and being around loads of people can make her overly emotional.

She will often take on other people’s feelings as her own and this can become quite a burden.

If you are an omega female and are finding it difficult to regulate your emotions, there is help out there!

If you need support, see your doctor and tell them about your anxiety and stress. You can also look into alternative forms of healing, such as crystal healing.

There are so many crystals that can help you destress, stray grounded, and stabilize sensitivity and emotions.

❤️ Related Post: 11 Signs You Are a Highly Sensitive Person

Some people might think an omega female is snobby, but this really isn’t the case! She just finds shallowness extremely boring.

An omega female really does not care about designer brands, what celebrity is dating who, or the new beauty trend.

If her colleagues are discussing these kinds of things, the omega female will often tune out and get lost in her own mind.

This means she will often get accused of being a snob, but the omega female can’t help not being interested!

She seeks out discussions that intellectually stimulate her and really hates small talk. She doesn’t mean to be rude, but she really can’t hide her boredom when people try and talk to her about things that she thinks don’t matter.

The omega female craves deep discussions about life, love, and the universe. She wants to know people on a much more deeper level.

She will often be found with her head in a philosophy book or watching a documentary.

She seeks out enlightenment and understanding and does not wish to get involved in conversations about things that do not help her with this.

She Does Not Want To Fit In

The omega female is often an outsider. Growing up, she might have been seen as the misfit, not really fitting into any social group.

Sometimes this can get to her, mainly because she doesn’t really understand why her peers care so much about being cool and fitting in.

But, most of the time the omega female doesn’t care. She doesn’t want to fit in and follow social norms, she just wants to enjoy life!

The omega female doesn’t want to be the leader of the pack. She doesn’t even want to be in the pack!

She knows who she is and likes it. She does not want to be anyone else and feels confident in her personality and life.

People will often not understand the omega female, and might even be threatened by her outlook on life.

Some people are so obsessed with the social hierarchy and being the best, they can’t understand why other people don’t care about it at all.

She Can Be Messy

The omega female is often away in her own world. She is a deep thinker and cares a lot about her intellectual pursuits. Because of this, other things might take a backseat!

An omega female will have the tendency to be messy, with her house full of stuff.

But, despite her mess, she will always seem to know where everything is. Other people might see her workspace or home as chaotic, but for an omega female, this is how she likes it.

She has never really been organized and being surrounded by clutter and mess makes her feel comfortable.

Are you relating to any of the traits on the list? The omega female is an amazing person and you should be proud of who you are!

Let’s summarize the traits of an omega female.

If you relate to being an omega female, be proud of who you are!

It is such an amazing personality type and even though it can be difficult, it means that you are your own person and do exactly what you want to do! 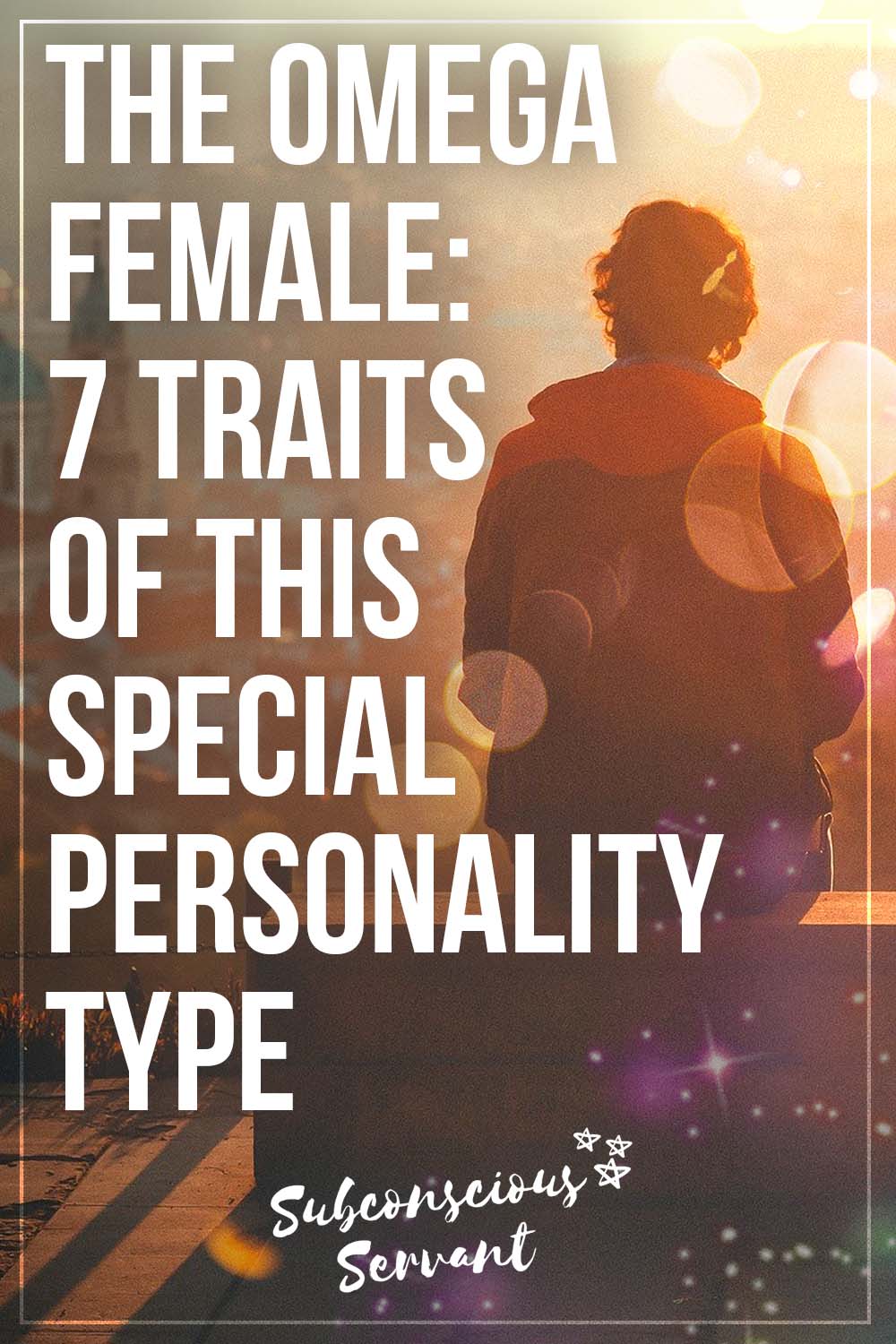 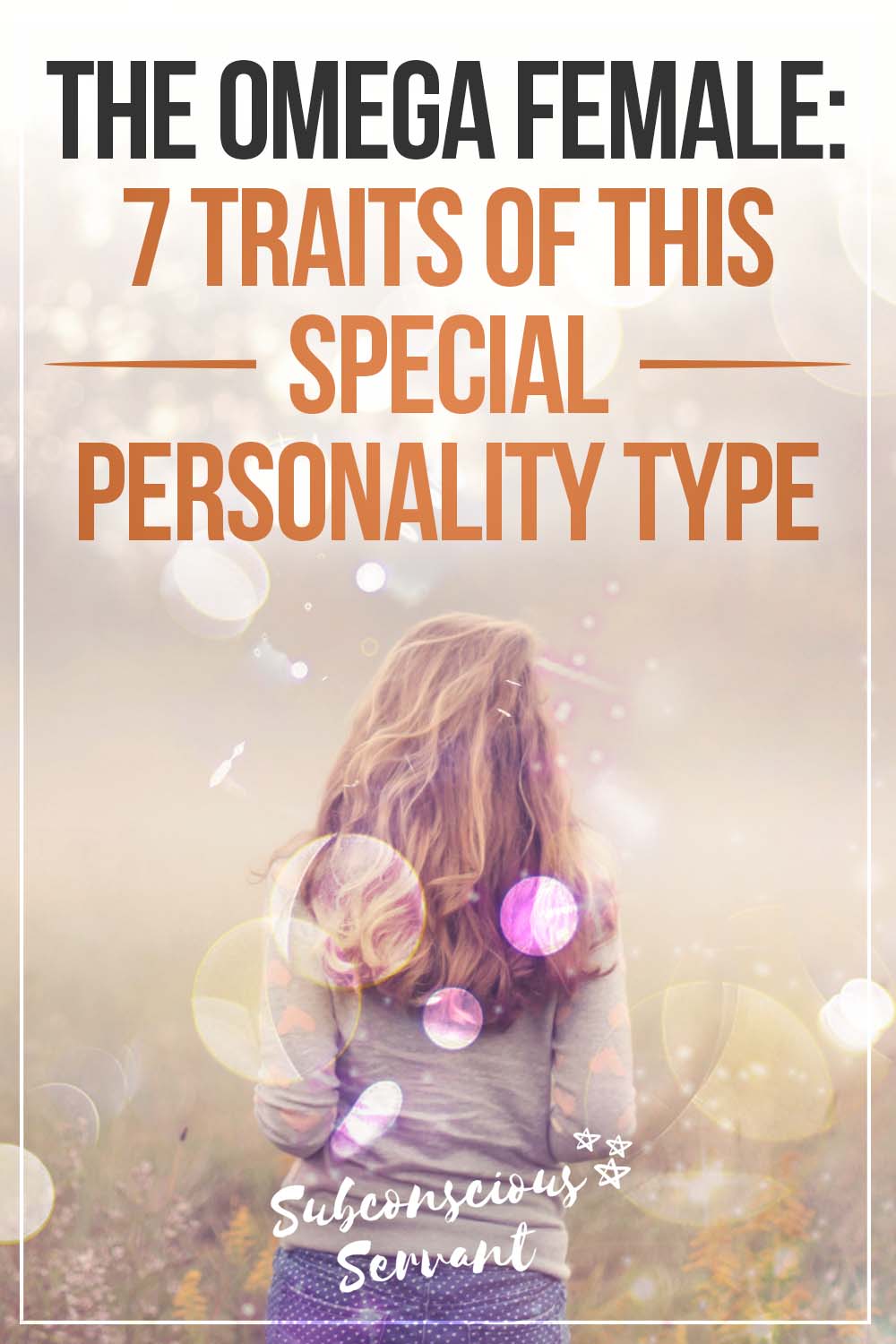 The Alpha Female In a Relationship: 6 Important...

How To Be An Alpha Female (Even If...

The Delta Female: 7 Traits Of This Amazing...