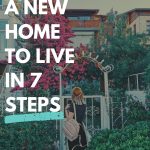 In this article, you’re going to learn how to manifest a new place to live. I know it might seem like a daunting thing, but trust me when I say, it really isn’t. Trust me. I was homeless once. I know what it’s like to couch surf, to have to sleep in your car because you have no roof over your head.

I was able to manifest the home of my dreams, and I would love to help you do just that, too. Maybe you’re homeless. Maybe you’re about to be evicted. Maybe you just want to live somewhere nicer, safer, better. Doesn’t matter. It’s done. Read on.

There’s a quote by Abraham-Hicks that I absolutely love. It goes, “It’s as easy to create a castle as it is a button.”

We have a tendency to think that because some things are larger than others in physical size, or have a lot more components to them than other things, those things are harder to manifest than others.

Logically, it seems that way. It’s the difference between building a house made of Lego, and a house made of actual regular sized bricks. Of course, one’s going to take more time and effort than the other.

I had lived for a time with my sister and her husband. Things were really rough. He just hated my guts, and she was only housing me because there really was no one else who could. One day, I had a roof over my head. That night, I got summoned, and told to move out the very next day. I had seen something I shouldn’t have, and he was worried I’d rat him out to my sister. Anyway, none of that matters. Point is, I went from having a bed and a roof, to having nothing.

I had to rely on friends – and at the time I had barely any. The ones I did have would get antsy after having me for a bit. Soon I began to sleep in my car. I’d slide into a parking lot, get down in the back, and hope I’d not get caught. I didn’t have much in the way of cash at the time, so I couldn’t afford anything much, really.

I remembered everything I had learnt about the law of attraction. I remembered all the times when I’d intended something, and had it happen. I remembered I was the one running the show, and if I didn’t like what I was seeing, I would have to change me first.

So I got over myself. I stopped with the “woe is me” thing. I went back to one of the friends who housed me, and for some reason, they were glad to take me back and felt sorry about how they’d treated me.

Good. Clearly, I had set something into motion, vibrationally.

EACH NIGHT I SLEPT IN MY NEW HOUSE.

“Huh? I thought you said you were homeless.” Yes, yes I was. Physically speaking. But each night, as I lay down to sleep, I shut my eyes, and as far as I was concerned, the bed I was on was my bed. In my house.

I felt really awesome, knowing I was in my own home. In my mind’s eye, I’d get out of bed, and look around my room. I saw my stuff lying around like I owned the place.

EACH DAY I WALKED AROUND PROUD

Proud of being a homeowner. No, I did not go around talking about already having my house. My friend most likely would not understand, best case. Worst case he’d think I’d finally lost it.

I puffed out my chest some. I felt good, knowing I already had my very own pad. As I stayed at my friend’s, the way I saw it, I was merely visiting. It was like college again. We had missed each other, so I decided to come hang out at his for a bit. In time, I’d pack up and head back to my own home.

One night, after falling asleep as usual, in my own bed, as far as I was concerned, I woke up suddenly. I had a hunch to call an old, old friend of mine from high school. I had not seen her in about ten years. She gave me her number, and I remembered it ever since. I’m great with numbers. What would the odds be, that she’d still have the same number? I didn’t know. But I set up a reminder on my phone to call her first thing in the morning.

Come morning, I dialled from memory. It went through! She was pleasantly surprised to hear from me, and we had a great conversation. That was that. A few days later, she called me again. She asked if I still wrote screenplays, like I did back in high school. I told her I hadn’t i a while. She said it didn’t matter, she had a client who wanted to shoot something low budget, and was looking for a great writer to work with. She had recommended me!

Fast forward, and I’m getting paid an upfront fee that’s more than enough  to get my own place, in a great neighborhood, and have it furnished fully! Also, I got a few more gigs here and there from that client.

I ALWAYS HAD A HOME

As I left my buddy’s place, he was so excited for me. He said he was glad I’d finally gotten a home. I corrected him. “I’ve always had a home. I was just hanging out at yours.” He laughed, thinking I was just being goofy. But the truth is….

It took me about a year to come to know it, to use my imagination to get my home. But I did it. I was homeless for about a year, swimming in self-pity. But from the time I started doing vibrational work, to when I got the physical place that is my home, it took 2 weeks. Everything went by blindingly fast!

Things arrange themselves, when YOU arrange yourself.

I told you this story, because if you read through, you’ll find nuggets here and there, to show you how to manifest a new place to live. I also told you this story, so you know I’m not just some guru who’s all talk and no do. I’ve been there. I can relate. So without further ado:

How To Manifest A New Place To Live.

Step 1: Imagine a scene that implies you already have your own home.

Whatever you can relate to. For me, it was falling asleep, seeing myself as being in MY room in MY house.

Step 2: Get into a relaxed meditative state, and visualize the scene.

Really and truly do. Your imagination is God. It supersedes all. If you imagine something, it is done. Nothing is done that is not first imagined. So if you imagined it, it must exist! So that makes it incredibly easy to feel thankful, when you know your home is already yours!

Step 4: Fall asleep each night in your own house.

This is an exercise in imagination.  The universe is going to sense something is not quite in balance here. This guy or this gal is vibrationally asleep in their own bed… but physically, they aren’t! Okay, time to correct that!

Step 5: Take some action that shows you believe you have your own home already.

It’s best if the action is inspired. Do what feels right to you. It might be buying a keychain for your new place’s keys. It could be you’re inspired to make a call to someone like me. Whatever hunches you get, don’t question them. Just act!

Step 6: Remain in the state of having your fulfilled desire.

In my case, I moved about like a visitor in my friend’s place. As far as I was concerned, I had my home, and I loved it. It felt good. I was only visiting my friend. This allowed me to enjoy being there, instead of being depressed about being a burden.

Step 7: When in doubt… gently remind yourself of all the stuff you have manifested.

Remind yourself – the physical follows the imaginal. It is law. Return as often as you can, to the feeling of a homeowner.

You’re running the show. If you don’t like it, use the remote of your imagination to change it. Watch the physical rush to mold itself to your imaginal act.

This is how to manifest a new place to live. Here’s to your success!

Free With Your Audible Trial
Money, and the Law of Attraction (Audible Audio Edition)

In Money, and the Law of Attraction, Esther and Jerry Hicks present the teachings of the Non-Physical consciousness Abraham. The concepts offered here relate to the topic of abundance and prosperity. They will show you that you truly need to think about what you want in your life and not what you don't want. If you want to manifest money then this book is for you. 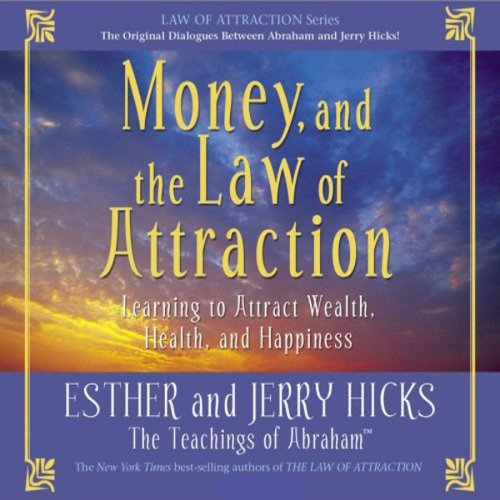 I have my heart set on a small bungalow that will be ours, I will live there. The bidding ends in two days and then it'll be ours. I've planned furniture and the garden. I look at pictures every day for ages, I love the place.

These were ABSOLUTELY the best words ever put together. I have literally exhausted most of the tasks already but to have confirmation that those were the right moves means that My Youniverse is aligning and shifting at the same time. I can barely put into words what I mean right now...just KNOW you ARE the shit!

Thank you for sharing. I am so grateful to have been lead to you. Your story is so inspiring and uplifting. Many blessings to you.

This was so inspirational, and a prayer answered just in time. I myself am going through not having my own place, at the moment. Hotel hoping for about months now many sleepless nights in my car as well.. believing that my 6 bedroom home that God told me was mine will manifest in my life soon. But when you said to pretend that I already have it, picture and see myself in it, that liberated my spirit, you just help me found the key 🔑 not just to the answer to my prayer but to my new home 🏠 Thank you for sharing your testimony, what a blessing to so many lives. Blessing to you.

This is wonderful. Your story is quite motivational and I think I got it at the right time. I am passing through same experience presently. My friend is seriously threatening me to quit from the house after we raised and put up the apartment together. I am encouraged now as I choose to follow to give your path a trial. Send me an email if you can. Thanks

Why Writing Things Down to Manifest Works