How Are Shamans Chosen? – What You Need To Know 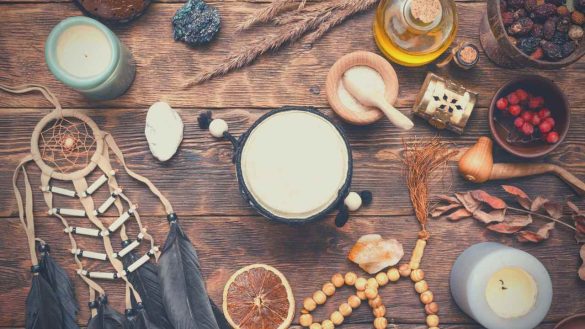 Do you choose to become a shaman yourself, or are you chosen by others?

That’s a very interesting question, and one that could equally be phrased as “are shamans born or made?”

Clergymen or women will often tell you that they did not choose their profession – rather it was God who chose them.

So is the same also true with spiritual healers like shamans?

Does the inspiration to become a healer come from within, from others around you, or even from the divine? Or is it a combination of all those factors?

It’s an intriguing subject and one that is well worthy of further exploration. So read on for more thought-provoking insights on this fascinating topic of how are Shamans chosen.

Some observers like to draw a distinction between traditional shamanism and what might be termed “neo-shamanism” – the difference between shamanism in an indigenous setting as opposed to the West.

The point is relevant here because in traditional societies, the role of shaman is often handed down through the family generations.

That might imply that shamanistic abilities are inherited. And interestingly, there is some evidence to support the idea that psychic and spiritual abilities are hereditary.

Not everyone inherits the gene, and sometimes it skips a generation. But it’s often the case that psychic and spiritual abilities run in families.

That said, given the unstoppable rise of science in the West, such abilities are often suppressed, ignored, ridiculed or simply forgotten about.

So perhaps many people who could have been talented shamans never were.

Are Shamans Born Or Chosen?

In every walk of life, we all know of talented individuals – doctors, nurses, musicians, sports stars, artists – who just seem to have a supreme gift for what they do.

Could it be that shamans also possess such natural gifts? Are people born to become a shaman? Or are other factors at play?

Some people come to shamanism after an extreme event, like a life-threatening illness, a near-death experience, or a severe shock to the system.

In such instances, the profound experience often gives the person a different perspective on life and a unique insight into how the universe operates.

Significantly, it’s only after the event that the person is drawn to becoming a shaman.

In such cases, they are not born to be one – it’s more that they are singled out or chosen to undergo an extreme situation that will completely turn their world upside down, and set them off in a new direction.

Perhaps then the answer to how shamans are chosen is they are both born and chosen.

Scratching My Own Shamanic Itch

I was born in 1962 in England. Like most of my generation, I was brought up as a Christian, but from a young age, I felt there was a lot about Christianity that didn’t feel right.

The obscene wealth, the treatment of women, the hypocrisy, and much of the theology never sat comfortably with me.

In particular, I’ve always believed in dualism – the existence of a mortal body and an eternal soul. A concept that has no place whatsoever in Christianity (even though many Christians still mistakenly believe it does!).

So that set me on a long, long road of spiritual investigation.  I lost count of the number of books I read, but I never felt tempted to take things further, or join any religion or groups.

It wasn’t until I was in my 40’s, when I lost my job and moved to Ireland, that I finally scratched that particular itch, and trained to become a shaman.

When I did, it felt like coming home. To be with kindred spirits, to do what came naturally, to express my own latent talents.

But I’ve often wondered where the impetus came from, after such a long period of inaction.

Did the drive come from within, or was something else at play?

All I know is that when I moved to Ireland, everything started to fall into place: I met the right people, I joined a wonderful spiritual group, and my personal circumstances gave me the time and financial resources to study.

And then there were the signs. Ah yes, the signs.

Learning To Read And Heed The Shamanic Calling Signs

Back in my 20’s, when I was working in central London, I had a vivid, vivid dream about a green car crashing through a blue shopfront.

At the time, I was working just off Oxford Street and had to cross a side road to get to my office, and it depended on the traffic at what point of the road I crossed.

That morning after my dream, I crossed at the top of the road. No more than 30 seconds later, a green car careered through a blue shopfront directly opposite me, showering glass splinters everywhere.

Had I been on that side of the street, I have no doubt that I would have been killed.

And in my experience, that’s exactly how the spirit world operates. We are sent signs, and it’s up to us to interpret and react to them.

The problem is that modern life moves so fast that we are usually too busy to read the signs, or have become immune to the subtle meanings and nuances in the world around us.

That’s certainly what I did in the aftermath of that accident. Instead of being inspired, I carried on walking around blindly for years, and ignorantly ignored all the messages that I was given.

If you are being called to become a shaman, watch out for the signs.

A relevant book miraculously falling into your hands, the right people coming into your life, a wild animal or bird seeking your help, excessive electrical gremlins – all these are signs that the universe is trying to send you a message, if you’d only listen!

Perhaps you’ve thought to yourself “I’d like to learn more about shamanism” or “I’d like to become a shaman.”

If that’s the case, then it’s clear that a seed has been planted. But where do you go next? How do you make that seed grow? And do you have what it takes to become a shaman?

Born To Be A Shaman – Or Reborn?

Any shamanic talents I possess are, for me, a double-edged sword.

I know that as a shaman, I can help people, but I remain reluctant to do so: I don’t like having to share information that might be painful for my clients, and I often find the work mentally draining.

But there’s actually another reason for my foot-dragging.

In a previous existence, I lived and worked as a Cathar healer in 13th century France. I came to a rather gruesome and grisly end – I’ll spare you the gory details – but any current shamanic healing that I do reminds me of those awful times.

That story serves as a reminder that as a shaman, you believe in reincarnation. This leads to the intriguing thought that you’re not simply born to be a shaman – you’re reborn to be one!

I was fortunate enough to have the most wonderful teacher when I was training to be a shaman.

He preached the value of spiritual equality: each of us in this world is equal from a spiritual perspective.

It’s a lesson I have always held close to my heart.

However, right from the start of the course, it was clear that some people possessed much greater gifts than others.

Those people often intuitively knew about subjects before we studied them, or were immediately and incredibly good at putting the concepts into practice.

As we went through the year, it also became obvious that some people excelled in certain aspects of shamanism, but were less capable in other areas.

One of the most enjoyable parts of the course was pairing off with other students and testing out what we had learned: soul retrieval, power animal identification, channeled healing, and so on.

Those pairings revealed that whilst everybody had something to share, certain people had much more to give.

Those experiences taught me that everybody who has the courage, perseverance and resolve to train as a shaman has something to offer.

It also showed me that certain people have a natural, intuitive and instinctive ability that takes them, their shamanism, and their healing to another level.

How Are Shamans Chosen – Conclusion

My oldest daughter is an extremely talented piano player. She studied music at university, where she was surrounded by some insanely gifted musicians.

As she watched and listened to them, she came to the realisation that some musicians could only reach a certain level – albeit a very advanced one – and never get any higher.

No matter how hard they practiced,  they had reached their zenith.

Interestingly, the students who continued to grow and set new standards tended to be more naturally talented musicians.

What’s more, there wasn’t necessarily a correlation between how hard they practiced and the heights they reached.

She couldn’t always put her finger on what set them apart, but my daughter came to the conclusion that the greatest musicians ultimately are born, not made.

And through my experiences as a student, practitioner and recipient of shamanic healing, I have come to the same conclusion about shamans.

The greatest shamans are not self-appointed, but are called to the role by external forces that are far greater than we are!

Jerry Gardner is a metaphysical writer, trainee Shaman and is originally from Somerset, England. He now lives in Co Kilkenny, Ireland.

How To Become a Shaman (Advice From A...